Ford CEO Jim Farley shared that the company is aiming to produce six lakh electric vehicles every year globally by end of 2023. This is twice the original plan by the automaker.Ford had previously stated that it aims to make 40 per cent of its sales all-electric by 2030.
By : HT Auto Desk
| Updated on: 20 Nov 2021, 02:41 PM 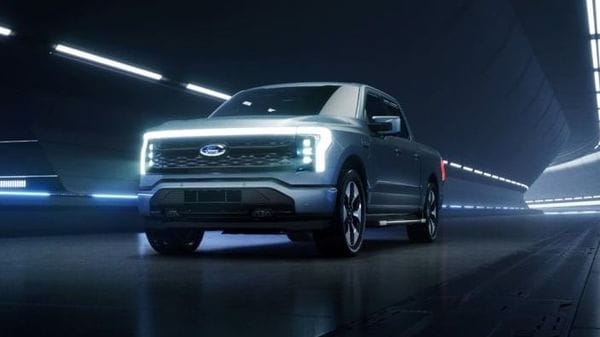 Ford announced that it is going to double the production capacity of electric vehicles to six lakh per year by 2023. Ford is trying to establish itself in the electrification arena with its Mustang Mach-E and F-150 Lightning, and has started putting in even more efforts to take on rivals like Tesla and Volkswagen.

Ford CEO Jim Farley took to Twitter to share that the company's production plan for electric vehicles. “We are now expecting to produce 600,000 electric vehicles per year globally by end of 2023. 2x our original plan. And that’s before Blue Oval City and other EV sites coming online," he said. Blue Oval CIty is the new facility that the automaker declared as a big new electric pickup truck factory along with three new battery gigafactories. The new plant is expected to start the manufacturing process in 2025.

We're approaching it like we did building ventilators & PPE for Covid. Whatever it takes, find a way.
And it's working.

And that’s BEFORE #BlueOvalCity & other EV sites come online.

Farley also shared on the microblogging site that with this step, Ford will become the second-largest electric vehicle manufacturer within the next couple of years and with huge investment in EVs and rapid plans for expansion, the company is aiming to gain the top slot. That would mean almost locking horns with the EV major Tesla. He also conveyed that how the arrival of electric vehicles is a big moment in the automobile industry. He went ahead to add that early EVs were good for the environment, however, they lacked emotions and here it is where Ford is trying to be different. “We're taking iconic vehicles—Mustang, F-150, E-Transit—and making them even better as EVs. And more are on the way," he said in the tweet.

Ford had previously stated that it aims to make 40 per cent of its sales all-electric by 2030 and producing 6,00,00 electric vehicles would roughly make only 10 per cent of its entire global production capacity.