Supply of vehicle units to key markets may be hit further as Ford had already announced in recent weeks that production would be suspended at its US plants located in Michigan and Missouri.
By : HT Auto Desk
| Updated on: 17 Oct 2021, 11:55 AM 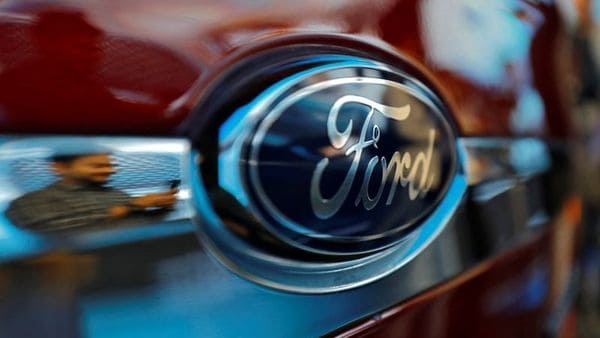 Ford Motor Co is facing the heat from shortage in supply of crucial materials which has forced the US auto giant to announce a production cut at its plant in Mexico. This plant is the HQ for manufacturing popular models such as Ford Bronco SUV and Maverick pickup.

Reuters has reported that shortage of materials has led the labour union at Ford plant in Mexico's Hermosillo to announce a production cut and that the workers here would now be paid 75% of their salaries. And while it is not clear which materials are in short supply, the global shortage in semiconductor chip may be the main reason for the decision.

Supply of vehicle units to key markets may be hit further as Ford had already announced in recent weeks that production would be suspended at its US plants located in Michigan and Missouri.

The global shortage in semiconductor chip has thrown unprecedented challenges in the path of automakers across the world. The crucial electronic component is widely used in vehicles as well as in consumer electronics' items such as phones, laptops, television sets, fridge, among others. With the world emerging out of the pandemic blues in a gradual manner, demand for such items has been on the rise, leading manufacturers to shift priorities.

It is a very real and very big challenge for OEMs. And there is no solution in sight at present.

Such has been the impact of the shortage that US automaker GM is likely to lose its crown as the country's biggest automaker - in terms of sales - to Toyota after nearly 90 years. But even Toyota, Hyundai, Ford, among others, are facing pressures. Some of the top bosses of some of the biggest automotive brands have come on record to say that they don't expect normalcy to return till at least end of 2022. As such, in many markets, the demand for pre-owned vehicles has reached astronomical highs as well.