The notorious hacker group Anonymous, in its video, had claimed that Tesla CEO Elon Musk has an arrogant attitude towards cryptocurrencies.Musk's mockery of the hackers shows how unperturbed he is by their threats.
By : HT Auto Desk
| Updated on: 15 Jun 2021, 10:15 AM 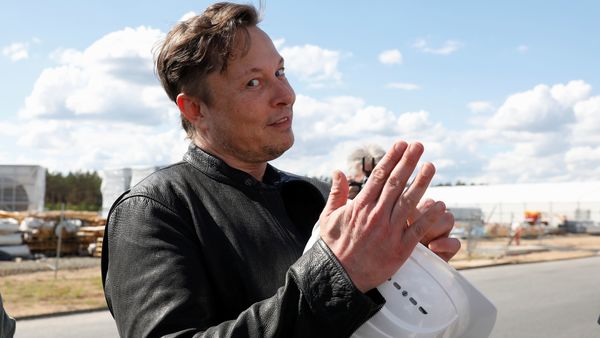 A week after a hacker group released a video threatening Tesla CEO Elon Musk and criticizing him for his power over the cryptocurrency markets, the latter has mocked the hackers with a 'Hannah Montana' meme on Twitter.

Musk posted a meme with the face of a person wearing a Guy Fawkes mask and the text on the image read - 'Hannah Montana is actually Miley Cyrus'. This is not his first response to the 'Anonymous' group. Earlier, he had replied to a thread about the hackers' threat, saying, "Not even a good fake anonymous," while also posting another meme on the same thread.

The notorious hacker group, in its video, had claimed that the EV giant's CEO has an arrogant attitude towards cryptocurrencies which has gone far enough, especially as it pertains to Bitcoin, which has reacted uncontrollably to his latest tweets.

They also mocked his superiority on a personal level, taking a note of the fact that he once dubbed himself the 'Emperor of Mars'. The group also claimed that he is hurting working-class people and their prospects by his constant trolling of cryptocurrency. "Elon is not a friend to the common man," the video posted by the hackers' said.

Netizens strongly suspect that the oil industry may have a covert hand in the threatening video by 'Anonymous'. In a different video, the hackers said that Tesla would be nothing without government subsidies. "In fact, many people are now learning that the vast majority of Tesla’s income doesn’t actually come from selling cars, it comes from government subsidies," the video said.

The video goes to the extent of even saying that Musk wants to install dictators in countries where lithium mines are located. Despite all the accusations made by the hackers in the video, Musk did not particularly respond to any.