Tata Punch micro-SUV will also support FC Goa’s foundation - Forca Goa Foundation - for their baby league, called Little Gaurs League. Tata Motors' logo will be seen on the back of the shirts of the FC Goa team on match days, and on training kits.
By : HT Auto Desk
| Updated on: 24 Nov 2021, 05:16 PM 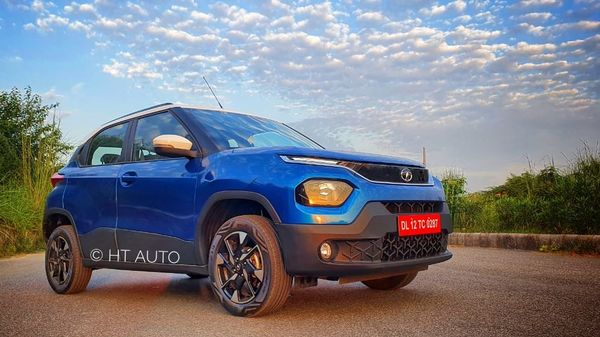 A look at he front and side profile of Tata Punch.

Tata Motors has partnered with FC Goa as the principal sponsor for the 2021-22 season of the Hero Indian Super League football tournament. As a part of the partnership, the logo of Tata Motors will be seen on the back of the shirts of the FC Goa team on match days, on training kits of the FC Goa first team and development teams.

Tata Punch micro-SUV will also be a part of the digital content that will be produced by FC Goa team. The vehicle will also be doing activations for FC Goa fans in the local markets and for football fans from across the country. “Just like the Punch which ‘Vibes with You’, Goa has its own vibe and it is our pleasure to showcase the Punch in a state," said Vivek Srivatsa, Head - Marketing Passenger Vehicle Business Unit (PVBU), Tata Motors.

Punch will also support FC Goa’s foundation - Forca Goa Foundation - for their baby league, called Little Gaurs League. The baby tournament was first launched in 2019 and has now become one of the country's biggest grass root level tournaments. While the event saw 36 teams participating in the first year, the number had risen to 110 teams and 957 players participating in the tournament last year. “The support from Tata PUNCH for the Little Gaurs League will go a long way in the development of the game in Goa," said Akshay Tandon, FC Goa’s President.

The players were from across Goa and across four age categories - U6, U8, U10 and U12 leagues. The event included an exclusive U12 league for girls and overall saw participation of 230 young girls. The Little Gaurs League also serves as a platform to hold nutrition workshops for parents, coaches as well as the children participating.