Xilinx's chip will provide the processing power for the camera images, the companies said.The system will have functions such as slowing the car down before a curve on highways based on an estimation of the curve.
By : Reuters
| Updated on: 20 Aug 2020, 07:44 AM 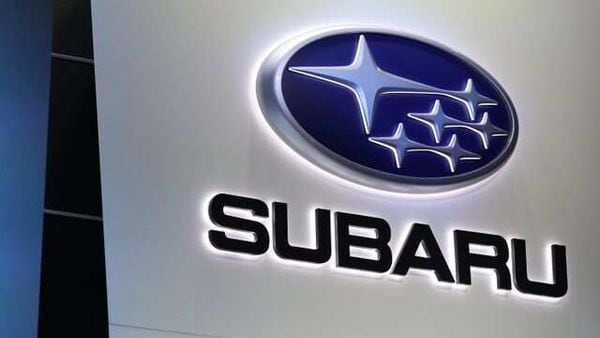 The Subaru logo is displayed at the North American International Auto Show in Detroit. (File photo)

Xilinx Inc and Subaru Corp on Wednesday said the Japanese automaker will use one of the Silicon Valley company's chips to power a new driver-assistance system that will let drivers go hands-free during traffic jams, among other new features.

The companies said Subaru's forthcoming Levorg, a midsized hatchback vehicle, will use one of Xilinx's "Zynq" chips in a new version of its "EyeSight" driver-assistance system.

The system uses two cameras to get a stereo field of view of the road and combines that data with input from radar sensors mounted around the vehicle rather than using more expensive sensors such as lidar, which uses laser light to measure the car's distance away from objects.

Xilinx's chip will provide the processing power for the camera images, the companies said. The system will have functions such as slowing the car down before a curve on highways based on an estimation of the curve.

The system will also be capable of hands-free driving during traffic jams at speeds below about 50 kilometres per hour, or about 30 miles per hour, as an add-on option. The feature will only be available in Japan on the Levorg, and requires the vehicle to be loaded with high-resolution mapping data.

The driver would still be required to keep his or her eyes forward on the road, and sensors inside the cabin will detect whether the driver is paying attention.

Subaru also plans to update the system over time with new features, which played into the decision to choose Xilinx's chips, officials said. The chips are what are known as programmable chips, so some of how they work can be changed as new features are added.

"We can do a lot more data processing, as well as provide these different features," Satoshi Katahira of Subaru's advanced safety system design department told Reuters in an interview.