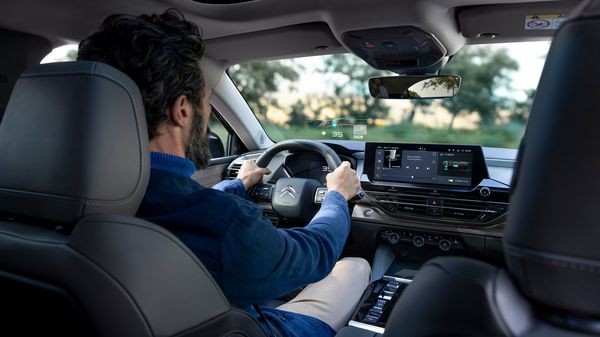 The untreated sleep disorders, excessive pressure on drivers can result in a reduced level of alertness on roads.

(Also Read: Watch: Fire truck crashes into a gas station after being hit by an SUV)

Many of these accidents happen on the highways and expressways, involving large commercial vehicles. While there are several reasons behind these accidents, one of them is lack of sleep. A study conducted in 2020 by SaveLIFE Foundation and Mahindra revealed that truck drivers in India drive 12 hours a day covering around 417 km, with almost 50% of them admitting that they feel sleepy or tired while driving. Many of these truck drivers or bus drivers who drive vehicles on highways suffer from Obstructive Sleep Apnea (OSA), a disorder that majorly goes undetected because of lack of testing.

OSA could actually create very risky situations when it comes to road safety. According to Sibasish Dey, Head, Medical Affairs, Asia and Latin America, ResMed, sleep apnea increases the risk of road accidents by 300% and is the cause behind many major road accidents in India. According to a study by Lancet, in India, there are around 28 million people who suffer from sleep apnea, and clearly, that leads to many drowsy drivers on Indian roads. The drivers with OSA are around 2.6 times prone to road accidents than general drivers.

The untreated sleep disorders, excessive pressure on drivers can result in a reduced level of alertness on roads. As AIIMS Neurology India’s research has found, more than 20% of all road accident victims are found suffering from sleep disorders and OSA. Another study revealed that more than 23% of truck drivers have sleep deprivation. Clearly, these drowsy drivers can cause fatal accidents on roads.

Back in 2016, the deaths and serious injuries caused by road crashes cost around 7.5% of India's GDP or ₹12.9 lakh crore, revealed the World Bank study. The amount is more than double the figure cited by the Indian government at 3% of GDP or ₹4.3 lakh crore. According to the Ministry of Road Transport and Highways (MoRTH) findings, the socio-economic costs of road crashes in India is at ₹147,114 crore, which is equivalent to 0.77% of the country's GDP.

The injuries and deaths due to the road accidents impose a severe financial burden and push the respective victims’ households into poverty and the already poor into debt. Road crashes also impact heavily on the country’s human assets. Around 76.2% of people who are killed in road crashes in India are in their prime working-age, 18-45 years. This means the country loses a massive number of its workforce every year, just because of road accidents.

Sleep disorder and its effect on road safety is something that gets very little attention in India. The lack of awareness among the policymakers, drivers, OEMs, and other stakeholders should be a concern.

Several countries around the world conduct regular tests of drivers for sleep deprivation in an attempt to ensure safety on roads. Australia tests commercial vehicle drivers once every three years for drivers aged up to 49, and yearly for drivers aged 50 or more than that. In the EU countries as well drivers must seek a diagnosis in case of sleep apnea, and can only return to driving once the condition is under control.

As the Indian government has been taking several measures in order to enhance road safety, there should be an attempt to educate the drivers about the importance of sleep. While the policymakers need to take initiatives, the automobile OEMs too have equal responsibilities. The auto manufacturers can start awareness campaigns to educate vehicle buyers and drivers about sleep deprivation and its impact on road safety.