Governments in Europe are fueling the bicycle trend by offering buying incentives to customers.Cities from Berlin to Lisbon are also opening up more space, with almost 1,500 kilometers (930 miles) of new lanes for cycling.
By : Bloomberg
| Updated on: 04 Jul 2020, 12:41 PM 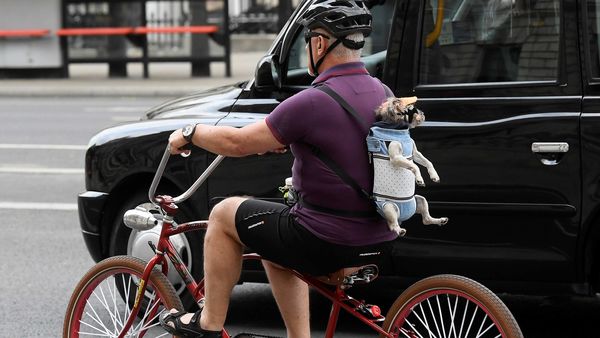 A man is seen cycling in London with a dog on his back, following the outbreak of the coronavirus disease.

Bikes are increasingly muscling aside cars on Europe’s city streets, as the coronavirus accelerates a shift toward pedal power.

Even before the pandemic, bicycles were enjoying an uptick in demand from environmentally conscious consumers, but the risk of contagion on buses and subways have increased the appeal. The emergence of e-bikes, which boost power with an electric motor, has removed some of the sweat factor, making biking a viable option for more consumers after lockdowns lifted.

Governments are fueling the trend, offering buying incentives ranging from 100 euros ($113) to as much as 1,500 euros for heavy business users of e-bikes. Cities from Berlin to Lisbon are also opening up more space, with almost 1,500 kilometers (930 miles) of new lanes promised as a result of the public-health crisis, according to the European Cyclists’ Federation.

“People want self-supporting and sustainable mobility, that is a transformation in society," said Susanne Puello, an industry veteran who helps run Pierer Mobility AG’s e-bike business, including the Husqvarna and R Raymon brands. “Corona is a phenomenal push in that direction."

The unit’s revenue is set to triple to more than 100 million euros ($113 million) in 2020 compared with two years ago, and the bikemaker expects sales to jump to about 500 million euros by 2025, putting it at the heels of industry heavyweights like Dutch manufacturer Accell Group NV, Specialized Bicycle Components Inc. of the US, and Taiwan’s Giant Manufacturing Co. and Merida Industry Co. 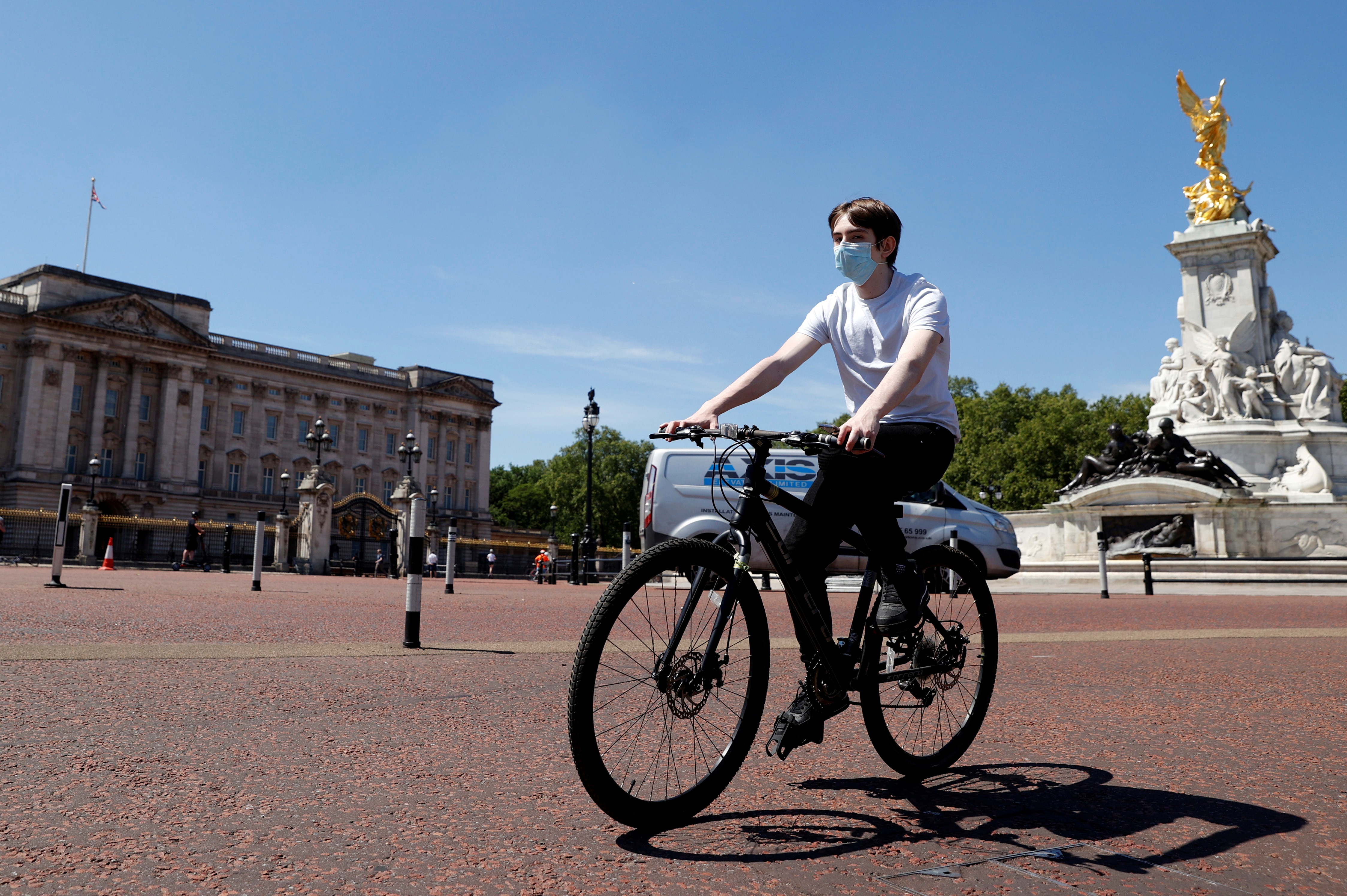 A man wearing a protective face mask cycles past Buckingham Palace, following the outbreak of the coronavirus disease in London, Britain. (REUTERS)

Swelling demand has also propelled new services like Swapfiets. The Amsterdam-based company that offers bike subscriptions on Thursday announced plans to expand to London, Milan and Paris before the end of the year, after surging demand during the pandemic lifted its customer base to more than 200,000.

The company -- majority owned by Pon Holdings BV, the maker of Gazelle and Kalkhoff bikes -- plans to add more electric-powered bicycles and scooters to its range. Swapfiets offers long-term rentals and differs from ad-hoc services like Uber Technologies Inc.’s Jump, which was folded into Lime in the midst of the spread of the disease.

“Corona only contributes to the decision, but is not really the cause," said Onno Huyghe, managing director at Swapfiets. “Most people simply recognize that the bicycle is the best means of transport" in the city.

During the shutdown, people across Germany spent twice as much time riding their bikes as before, according to Stephanie Krone, a traffic expert at German cycling association ADFC. Bike shops are currently seeing an “unprecedented boom," but for that to continue, municipalities must improve infrastructure to accommodate all the newcomers, she said.

Demand in Europe’s largest economy is backed in part by programs like tax benefits for employers to provide leased bikes for workers, as part of Germany’s efforts to combat climate change. Puello estimates that one in four electric bikes, which typically cost more than 2,000 euros, was leased last year.

Germany is by far the largest bicycle market in Europe, with 1.36 million electric bikes sold in 2019 -- more than double the number three years earlier. By comparison, 3.6 million cars were sold in the country last year, and the market has tumbled 35% in the first half of 2020.

The lockdown prompted authorities in 32 of the European Union’s biggest cities to bring forward planned improvements, according to the European Cyclists’ Federation. Belgium, Denmark and the Netherlands are pioneering fast lanes designed for commuters. 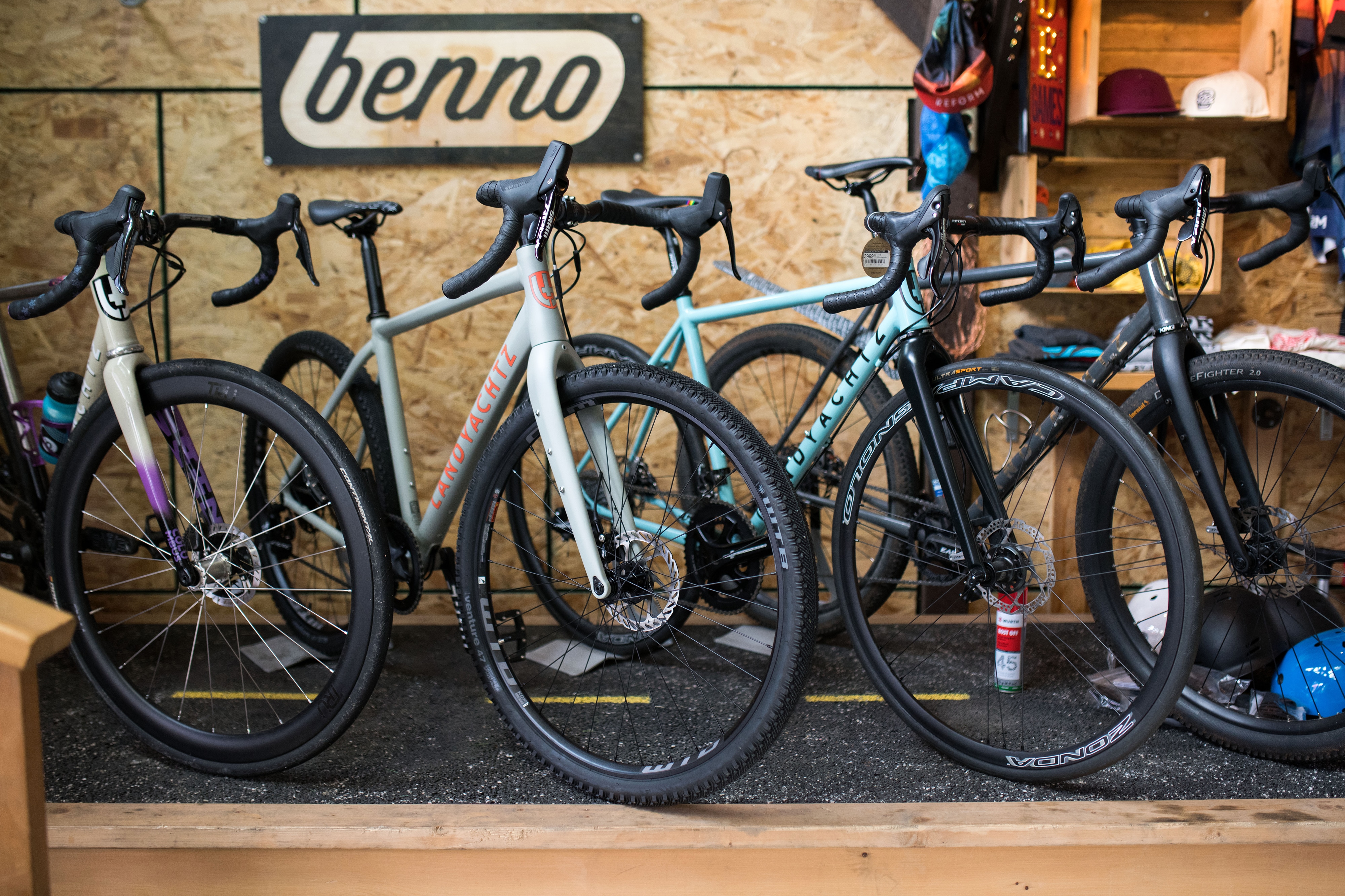 Bicycles sit on display for sale at a bike shop. Expanding bike lanes and cycling shops are running out of stock as more people get outside. (Bloomberg)

Many of the plans come at the expense of car traffic. Notoriously congested Rome, for instance, mostly just painted bike lanes on existing road ways, and Berlin and Paris set up pop-up lanes in the midst of the pandemic.

To a certain extent, the bike industry’s gain is carmakers’ pain. More than half of consumers see electric bikes as a suitable substitute for some car usage, and 28% see e-bikes in position to mostly replace cars for inner-city transport, according to survey by Internetstores, an online bike retailer owned by Austrian billionaire Rene Benko’s Signa Holding GmbH.

The company expects cycling trends to help it grow by about 30% annually in the coming years, a rate that could put it on course to hit 1 billion euros in revenue as early as 2023.

“People switch to bikes for their commute to improve their health and fitness, to save money, because they enjoy riding and for the sake of the environment," said Hans Dohrmann, Internetstores’ managing director. “They want fitness without booking a boot camp."