Noida Cycling Club has urged the Central Government to run awareness campaigns to encourage people to use bicycles rather than resorting to personal cars post lockdown.Increased use of private cars would further push overburdened road infra and make major junctions hotspots for traffic snarls.
By : ANI
| Updated on: 05 Jun 2020, 03:50 PM 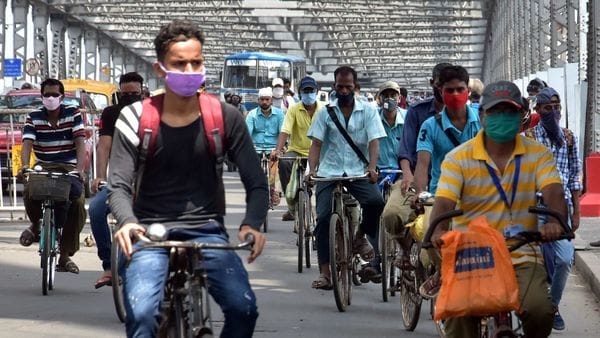 People ride bicycles to reach their workplace as unavailability of vehicles during coronavirus lockdown, at Howrah Bridge in Kolkata on Thursday.

While several states moving towards unlocking after nearly 70 days of closure due to coronavirus spread, they will have to deal with people's hesitation and reluctance to travel by public transport as the number of Covid-19 positive cases continue to surge.

With office-goers and others opting to use private vehicles, the overburdened road infrastructure might be pushed further and could make major junctions hotspots for traffic snarls.

To combat the menace, Noida Cycling Club has urged the Central Government to run awareness campaigns in order to encourage people to use bicyles rather than resorting to cars and other private vehicles to commute.

"In these difficult times, it is imperative for commuters to adopt their old habits. For a change, let us all use bicycles to reduce traffic congestion, improve health by reducing stress and to reduce pollution levels and renew our towns and cities," said Aman Puri, Founder Noida Cycling Club.

He also suggested that the Centre should direct the state governments to create quick "pop-up" cycling lanes along the public transport networks as an option for short-distance trips.

"These pop-up cycling lanes can be created in a very short period. Building this kind of infrastructure only requires re-purposing of parking spaces and carriageway lanes. I believe that close to 40 per cent of households in our country have access to bicycles. The state governments can expand their existing schemes in order to ensure that everyone has access to bicycles during these testing times," he further stated. 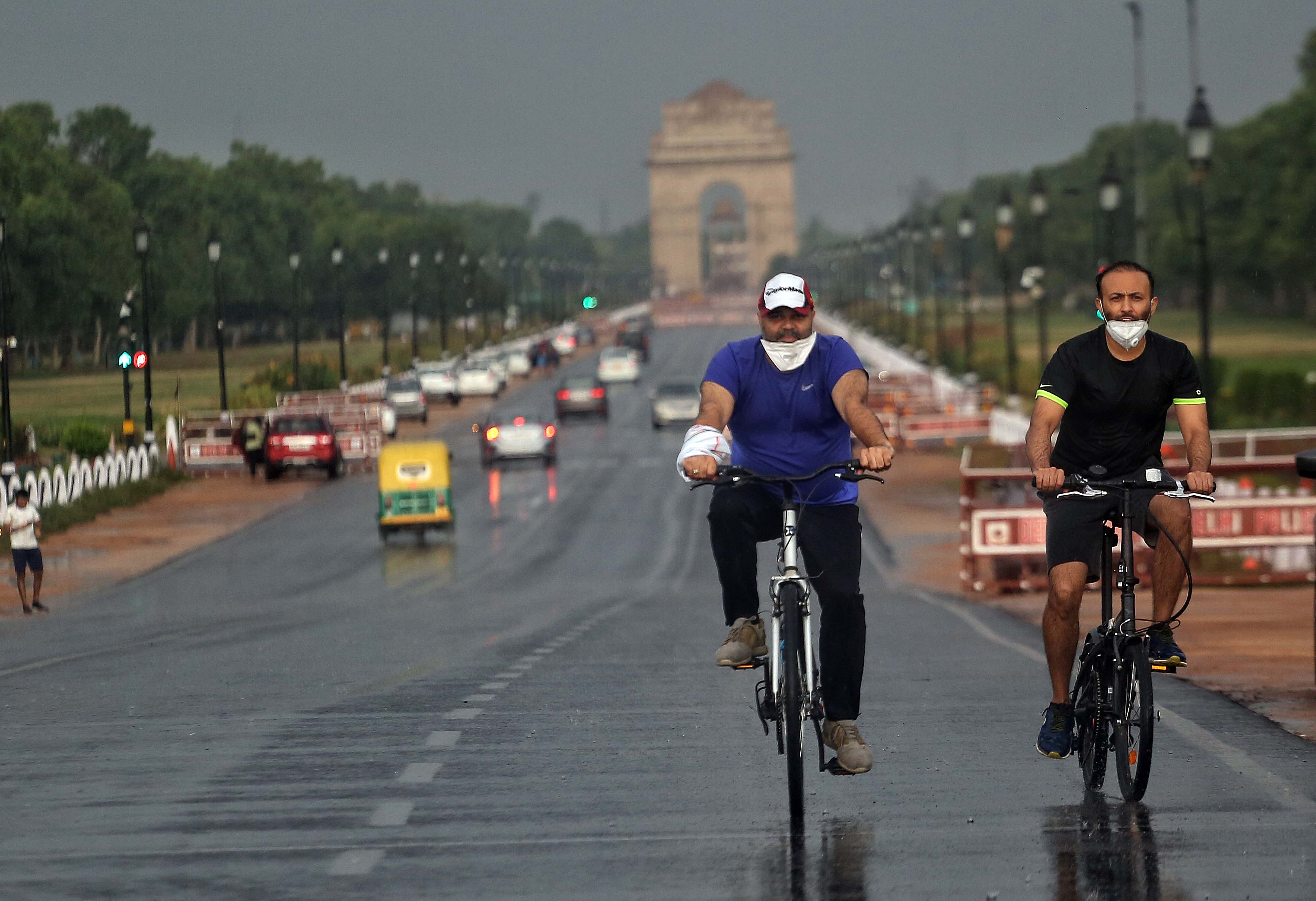 Pankaj M Munjal, Chairman and Managing Director, HMC, a Hero Motors Company, was also of the view that if supported by adequate policy measures, traditional bicycles, as well as electric cycles, can offer a viable solution for reducing pollution and making people fitter.

"With poor lung health associated with a rise in Covid-19 related mortality, clean air also has immediate benefits for the coronavirus situation. A lot of people are also wary about using public transport given the threat of infection. Such people also need an alternative mode of transport that is safe. If supported by adequate policy measures, traditional bicycles, as well as electric cycles, can offer a viable solution," he said while speaking to ANI.

"We have all witnessed the environmental benefits of halting vehicular traffic during the lockdown. The change seen after a few weeks of restricted vehicular traffic has already helped people with lung conditions such as COPD and bronchitis to experience significant improvement in symptoms.

"A study conducted by IIT-Delhi has concluded that if the air quality reached during the lockdown period is maintained, India's annual death toll could reduce by 6.5 lakh. In fact, a number of cities across the world are so serious about retaining the environmental benefits of the lockdown that they have decided to reallocate road space from cars to cycles and pedestrians," Munjal added. 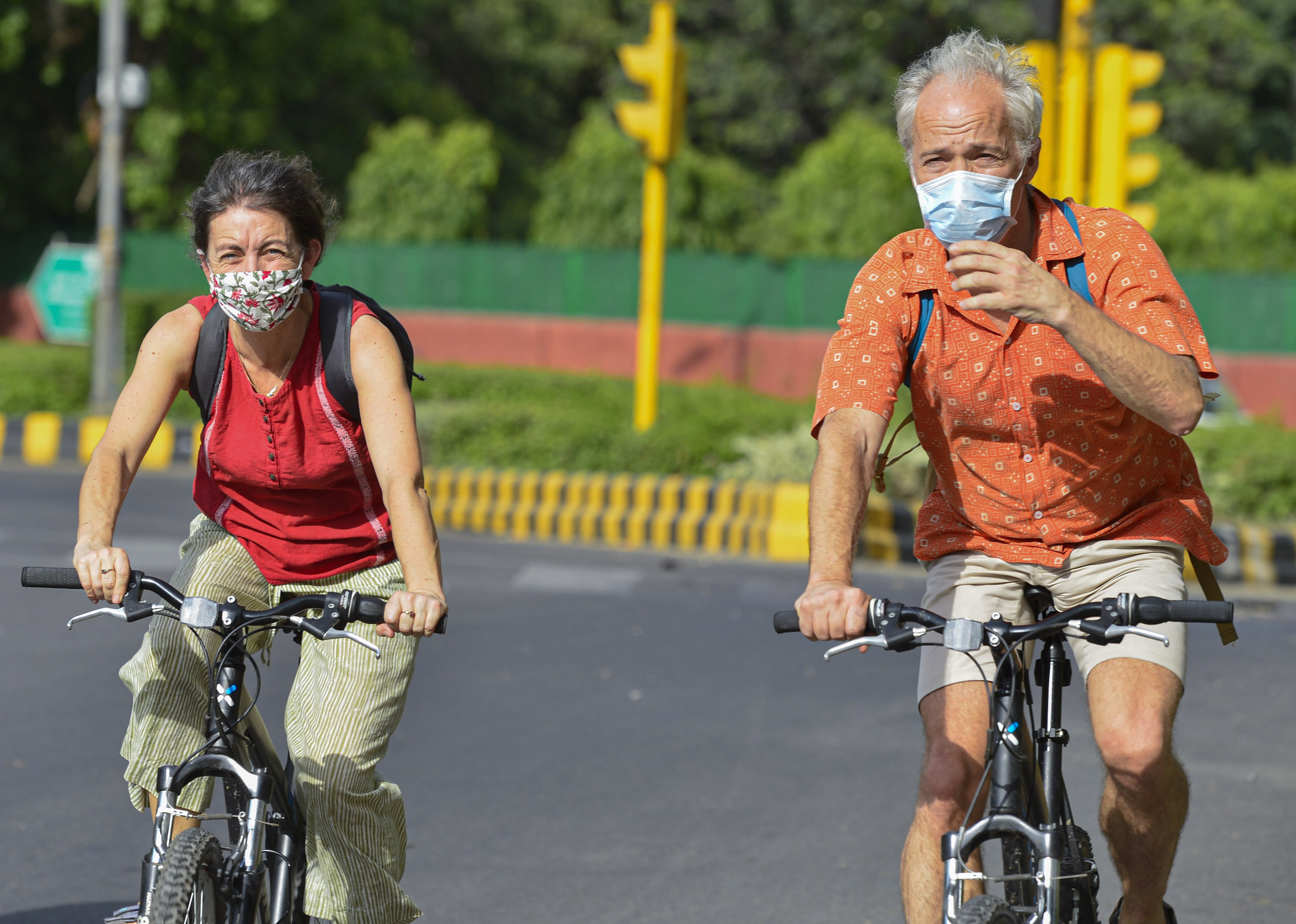 It is also believed that bicycle shops would play a major role in enabling citizens to do this.

Gaurav Wadhwa, Owner - The Bike Shop in the Delhi stressed upon removing GST on bicycles, electric bikes, repairs and to provide subsidies of ₹1,200 for people buying this eco-friendly vehicle, and a ₹500 voucher for BPL families to get their existing bicycles serviced.

Notably, the World Health Organisation (WHO) has also proposed cycling as an important physical activity to stay healthy during Covid-19 spread. Also, this pandemic has shown that there is a dire need for our towns and cities to be more resilient. This time can be used as an opportunity to pedal into safe, resilient and greener areas. It's time for India to redefine and reset what people-friendly cities can be.

So why not make cycling a prima donna of transport? In one stroke, we can have citizens maintaining safe distancing during commute, and make them fitter in the long term - not to mention they would be more likely to be able to fight off deadly diseases like the coronavirus.