Capital cities in South America such as Bogota, Lima, Quito, Santiago and Buenos Aires have expanded bike lanes, closing off miles of roads to cars, in an effort to ease crowding on public transport to maintain safe distancing.
By : Reuters
| Updated on: 29 May 2020, 05:08 PM 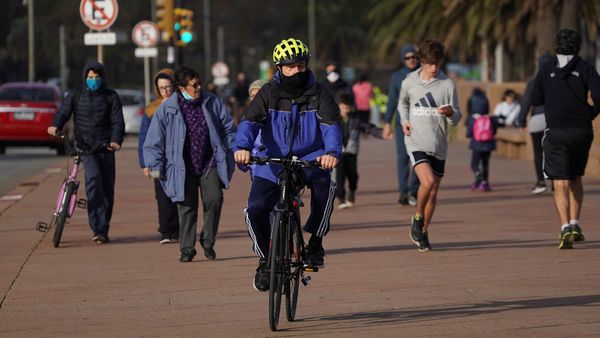 File photo: People go for a walk and ride bikes as the country has managed to get the coronavirus disease under control, in Montevideo, Uruguay.

From Bogota to Buenos Aires, rising numbers of residents in some of South America's major capitals are getting on their bikes as the coronavirus pandemic drives city officials to expand bike lanes and promote cycling as a safe way to travel.

Capital cities such as Bogota, Lima, Quito, Santiago and Buenos Aires have expanded bike lanes, closing off miles of roads to cars, in an effort to ease crowding on public transport to curb the spread of Covid-19 and maintain safe distancing.

South America is now battling the global pandemic with many cities still under strict or partial lockdown, and Brazil ranked second globally in total cases of the virus, behind the United States.

"Covid has been a fundamental factor in achieving what nothing else could have – expanding bike lanes and network length by orders of magnitude instead of slowly and timidly as before," said Carlos Pardo, senior manager at the Washington- based New Urban Mobility Alliance, a group of cities, non-profits, companies and operators of mobility services.

"Covid made governments aware that it wasn't a big risk to implement a system of bike lanes," Pardo told the Thomson Reuters Foundation.

Plans to expand bike networks in cities, such as Lima, have been in place for decades but officials hadn't pushed cycling as a sustainable means of transport until the pandemic hit.

"Many cities had the stuff in the drawers. The plans are ready .. the bike lanes have been identified for years but hadn't been built," Pardo said. 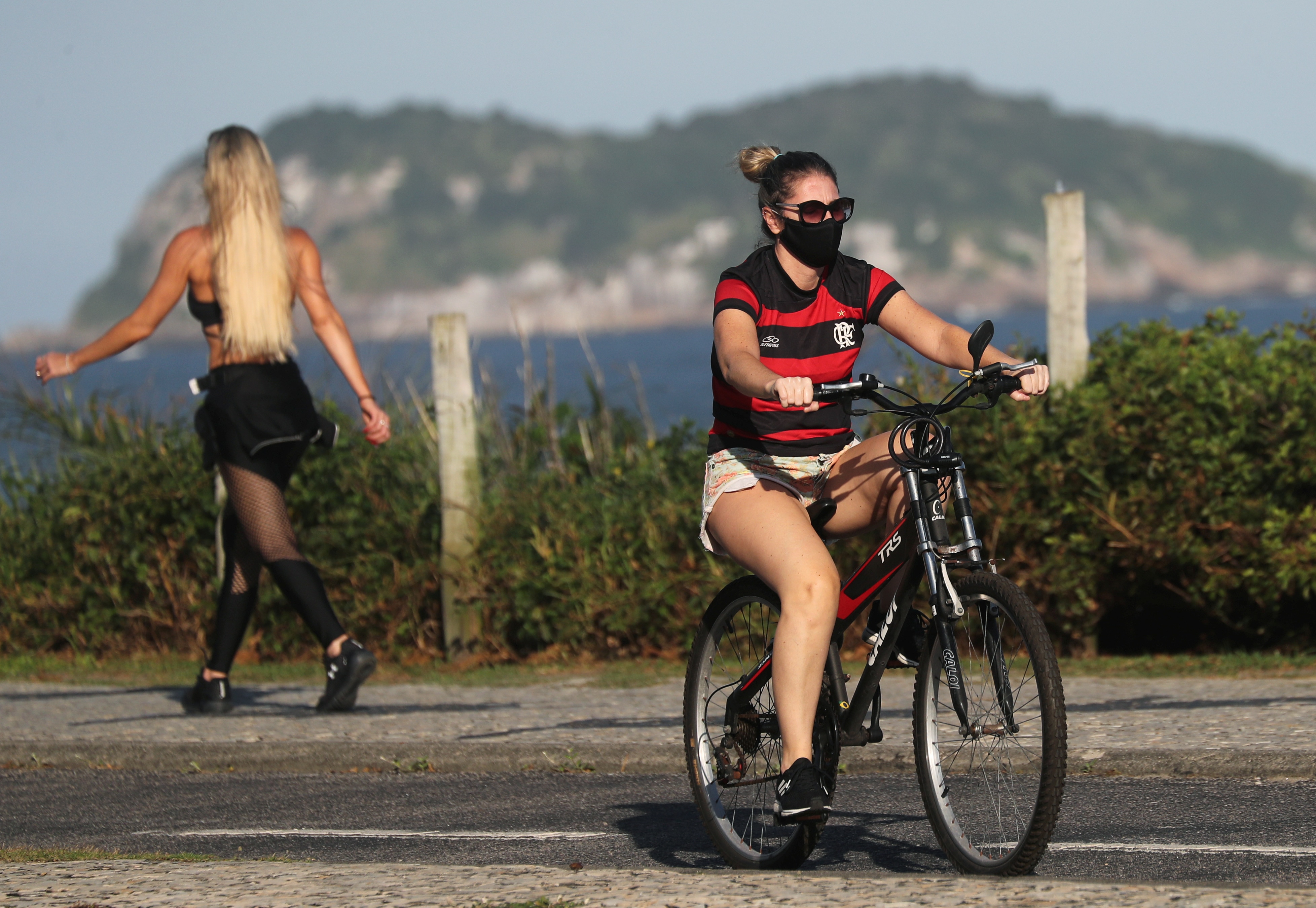 In Lima, where about 7 in every 10 people use public transport, promoting alternatives to ease overcrowding on buses and the subway is a priority as the city tries to stem the spread of the coronavirus pandemic.

"In Peru, there's been a huge change. The minister of transport has made cycling a key policy," Pardo said.

(Also read: Fourteen million Britons ready to get on their bikes)

The government has announced plans to create 300 kilometres (185 miles) of temporary bike lanes in the coming months across Lima.

"I suspect that many of the temporary bike lanes are going to become permanent. There is momentum," Pardo said.

Bogota already had a 550-kilometre (340-mile) network of bicycle lanes criss-crossing the capital before the coronavirus outbreak.

Since Bogota's lockdown started in late March, 80 kilometres of temporary bike lanes have been added, which are now set to become permanent.

Under the lockdown, about 300,000 trips a day are being made by bicycle, mostly by essential workers, and nearly 70% of people riding bikes today used other forms of transport before the pandemic started, according to Bogota's secretary of mobility.

But cars remain the preferred mode of transport for the rich, while other residents rely on overcrowded buses to travel as Bogota has no subway.

Getting more people to switch to bikes could be an uphill battle, some residents say. 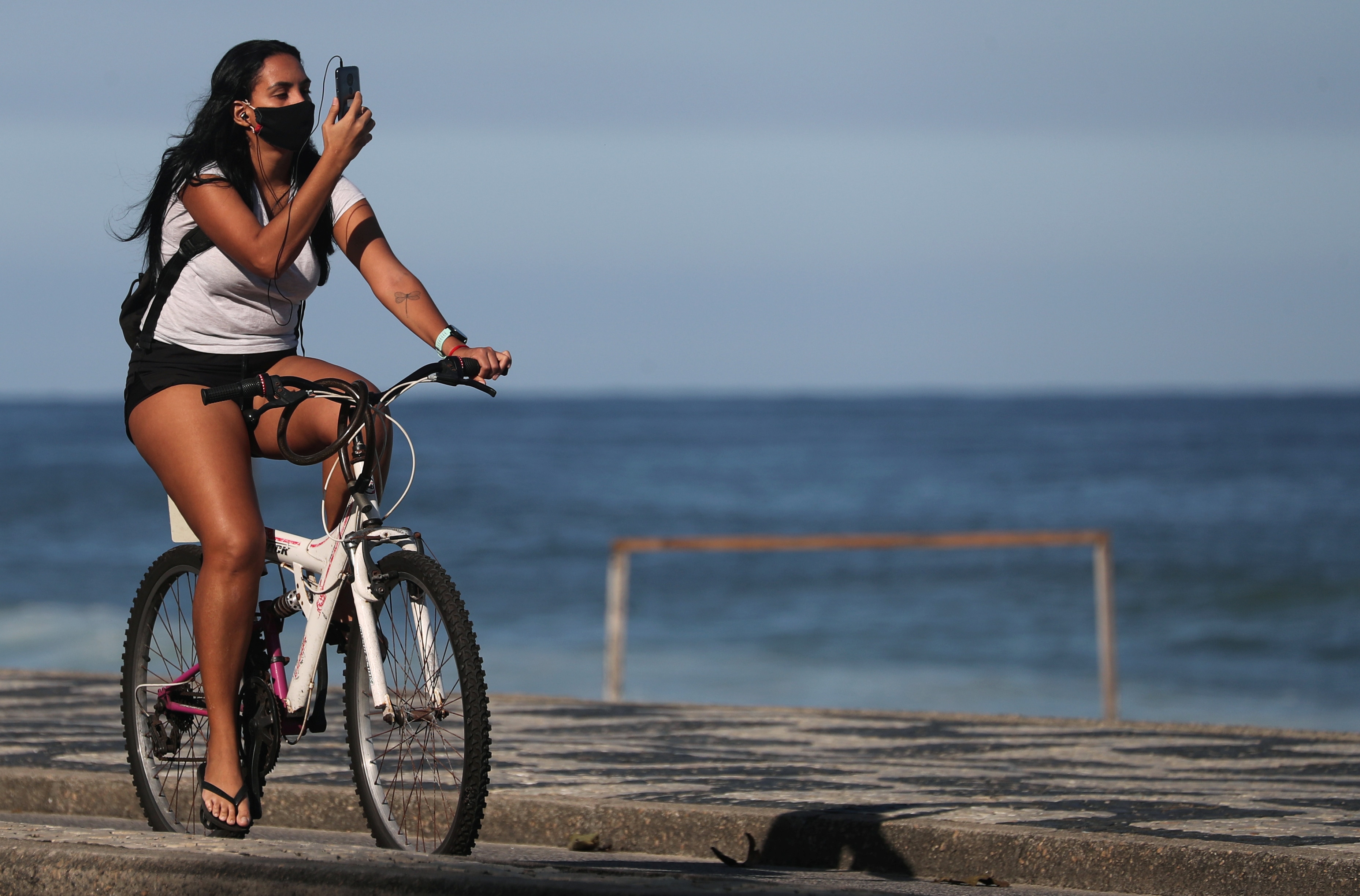 File Photo: A woman rides a bicycle next to Leblon beach, amid the coronavirus disease outbreak in Rio de Janeiro, Brazil. (REUTERS)

The issue of safety - both in terms of road safety and crime - is a key challenge in getting more people to use bikes, Bogota officials say.

Earlier this month, the killing of a nurse by thieves as they stole her bike in Bogota made headlines and raised safety concerns.

A "security plan" has now been introduced to try to keep cyclists safe, said Nicolas Estupinan, Bogota's secretary of mobility.

"We're going to identify the most critical points in order to provide better security to all cyclists who are using these lanes as part of the cycling infrastructure," Estupinan said.

(Also read: Boost for bicycles as Europeans gear up for coronavirus commute)

To improve road safety and reduce the number of hospital admissions from road accidents during the pandemic, a temporary 50kmph (30mph) speed limit has been introduced in Bogota.

In many urban areas around the world, "change is on the horizon" as cities try to drive a switch from cars to bikes, said Claudia Adriazola-Steil, a transport expert with the Washington-based World Resources Institute (WRI).

In Europe, including in Berlin, Milan, London and Paris, pop-up cycle lanes have been introduced during the pandemic and roads have been closed to cars to make way for bikes.

Similar measures have also been introduced in New York and Washington, while Oakland in California is turning over about 10% of its streets to pedestrians and cyclists.

"For years, the struggle to balance the use of the streets - mostly allocated for private cars - seemed a lost battle," said Adriazola-Steil, deputy director for urban mobility at WRI's Ross Center for Sustainable Cities.

But "in only 10 weeks, the world has seen unthinkable changes and one of the major ones is on our streets", she said.

"The use of public space for walking and cycling will not only be a key to reopening our economies, but also to set the foundation to deal with climate change, improve air quality and reduce inequality," she said.