Boost for bicycles as Europeans gear up for coronavirus commute

Britain is encouraging people to get in the saddle as part of a 250 million pound ($308 million) emergency active travel fund announced last week.French government plans to invest 20 million euros ($22 million) to develop and subsidise two-wheel travel.
By : Reuters
| Updated on: 11 May 2020, 06:46 PM 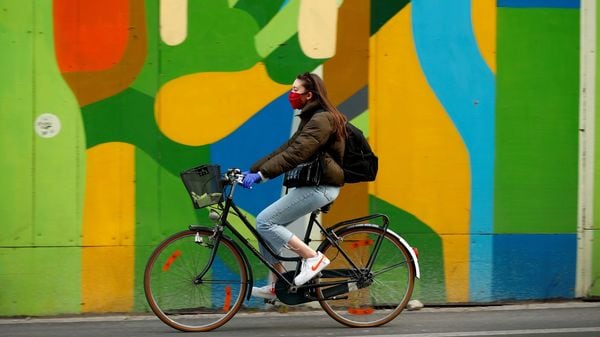 FILE PHOTO: A woman wearing a protective mask rides her bicycle during the coronavirus disease (COVID-19) outbreak, in Brussels, Belgium.

Bicycles could play a central role in more major European cities as governments scramble to get commuters back to work without crowding buses or trains after coronavirus lockdowns are eased.

Britain, a laggard compared to its continental neighbours when it comes to cycling to work, is now encouraging people to get in the saddle as part of a 250 million pound ($308 million)emergency active travel fund announced last week.

And in France, home to the world's most famous bike race, the government plans to invest 20 million euros ($22 million) to develop and subsidise two-wheel travel, which like Britain will include temporary bike lanes.

While Amsterdam in the Netherlands and many cities across northern Europe are geared up for cycle commuting, in other countries a lack of infrastructure has limited bike usage.

But as workers seek to avoid being crammed onto public transport, where social distancing is a challenge, the coronavirus pandemic has proved a boon for some bike makers.

"People tend to stick to day to day behavioural routines and patterns, especially for mobility. They stay in their cars and keep using the subway. The shock value of corona has pushed people out of their normal routines into new habits," VanMoof's co-founder Taco Carlier told Reuters. 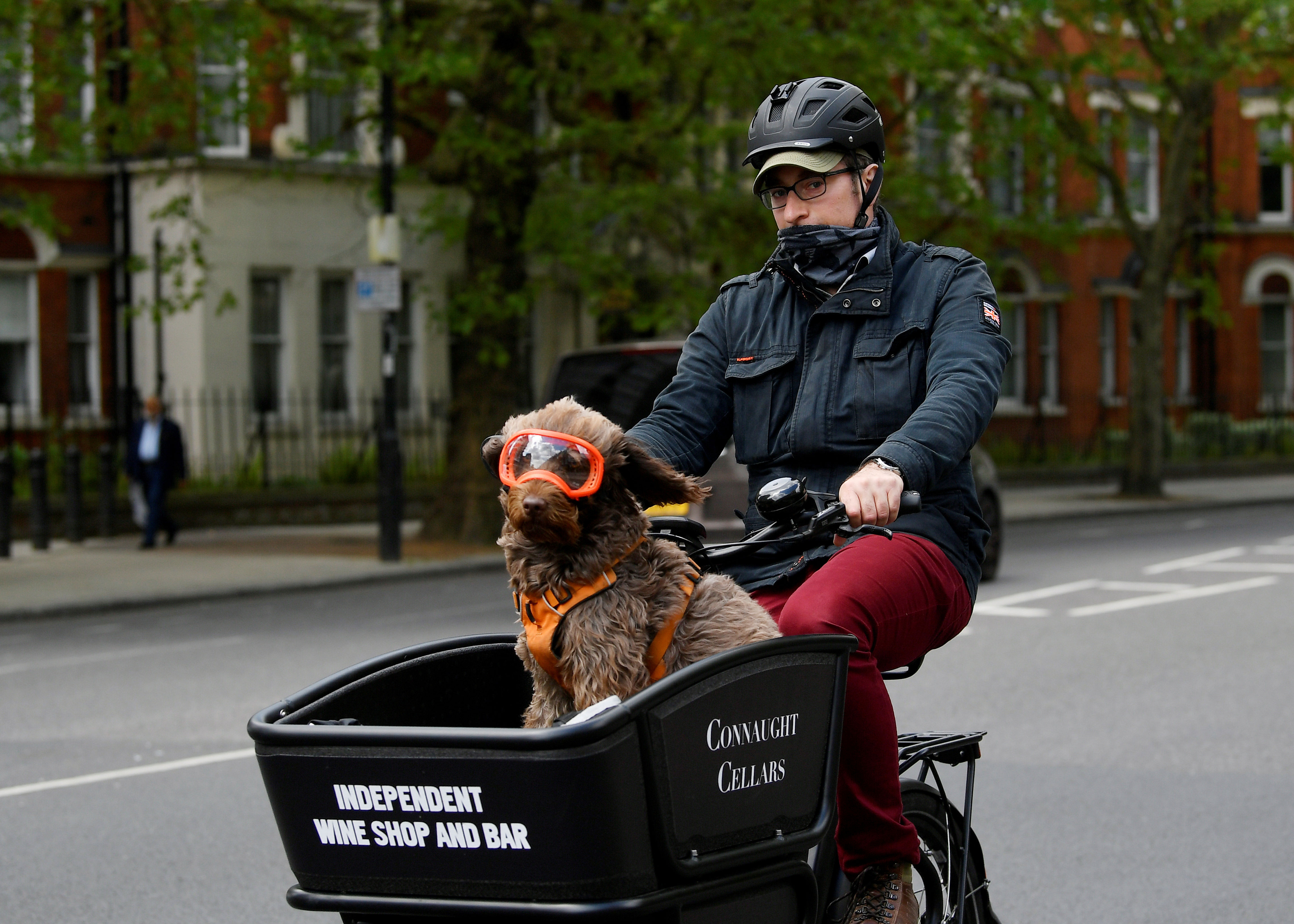 FILE PHOTO: A man and a dog are seen on a bicycle in central London, following the outbreak of the coronavirus disease in London, Britain. (REUTERS)

Meanwhile, shares in British bicycles and car parts retailer Halfords soared as much as 26% on Monday after Britain's transport minister said those who needed to travel to work should consider cycling or walking.

The British government said in a statement last week that its plans were aimed at encouraging more people to "choose alternatives to public transport when they need to travel", adding that this would help ensure "road, bus and rail networks are ready to respond to future increases in demand".

Halfords noted that only 4% of commuter journeys are currently made by bike in Britain, where cycling accounts for just 2% of all journeys. In the Netherlands, it is 27%.

British transport minister Grant Shapps said Britain's road infrastructure would be changed to accommodate more cyclists and added that e-scooter trials would be brought forward, with the potential for rental vehicles on British roads as early as June.

Because Amsterdam-based VanMoof sells 80% of its bikes online and delivers by mail, it has seen demand surge during lockdown when rivals struggled because of shop closures.

And a newly introduced S3 high-end electric commuter bike with an automatic gearbox has provided a further boost for VanMoof, which expects its revenue to hit 80 million euros in 2020, from just 3 million euros five years ago. 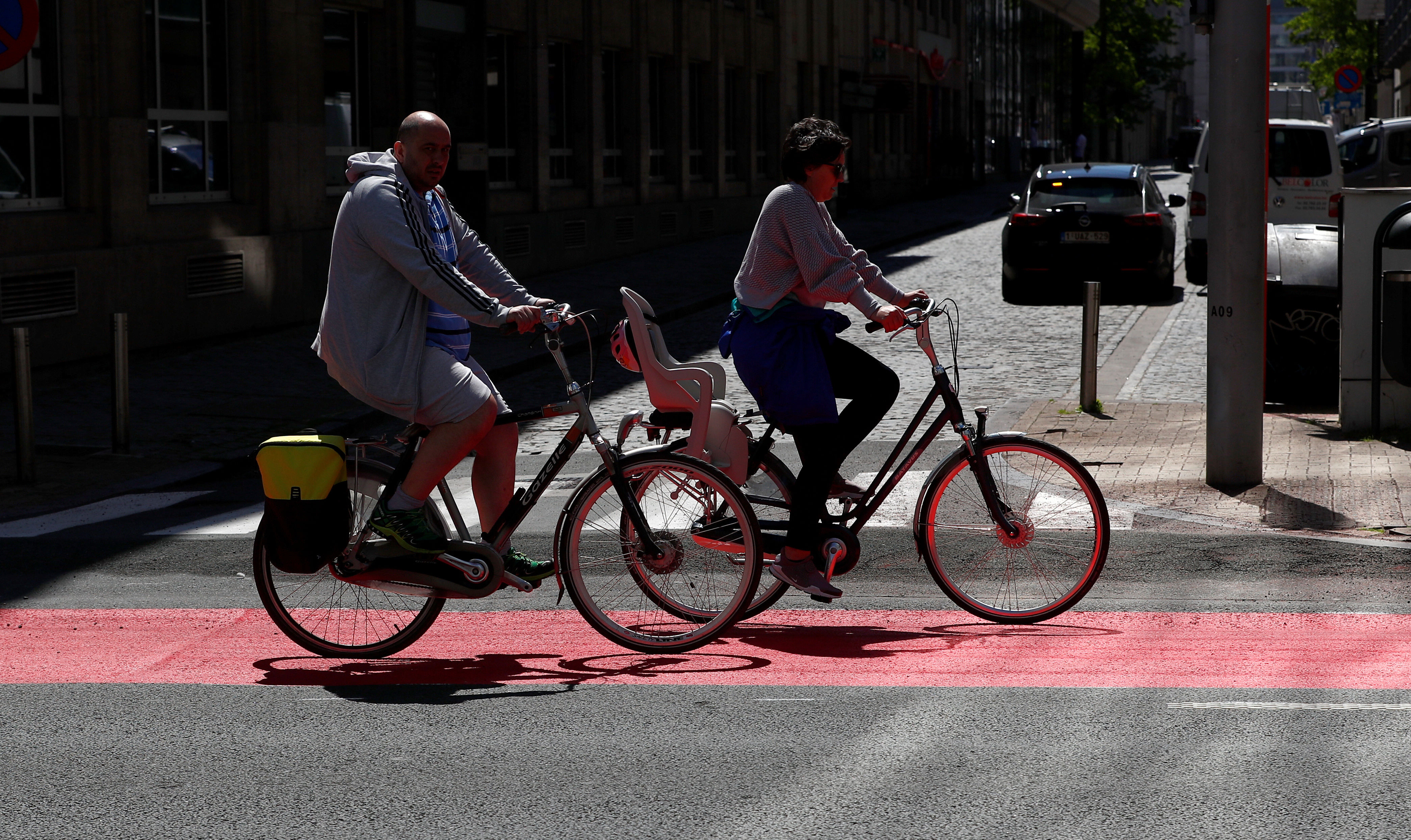 The coronavirus pandemic has also sparked a surge in bike sales across the United States, a mixture of people wanting to exercise during lockdown and those seeking to avoid the risk of contagion on public transport.

Health is now as important as regulation, financial status and technology when it comes to changing mobility habits, McKinsey consultant Timo Moeller said.

"In future many customers will choose their mode of transport not just on the basis of price and comfort, but also on the basis of a perceived threat of infection," Moeller said.

While potentially benefiting bike sales, that may also offer a glimmer of hope for carmakers, whose sales have collapsed during the coronavirus crisis.

Where lockdowns have already been eased for longer, some carmakers say business has rebounded.

Volkswagen's sales in China rose above their year-earlier levels in the last week of April, driven by new buyers seeking to avoid public transport, Juergen Stackmann, who is responsible for passenger car sales and marketing at the VW brand, said.

"There might be a trend toward individual mobility since people want to avoid public transport these days," he added, noting that VW's Chinese budget brand Jetta had picked up market share following the relaxation of lockdown rules.