Nikola One was first showcased to the world in December of 2016. At the time, its stated capabilities wowed people around the world.Founder Trevor Milton now says key parts were taken out of the vehicle for safety reasons and that it never drove under its own power.
By : Bloomberg
| Updated on: 18 Jun 2020, 08:35 AM 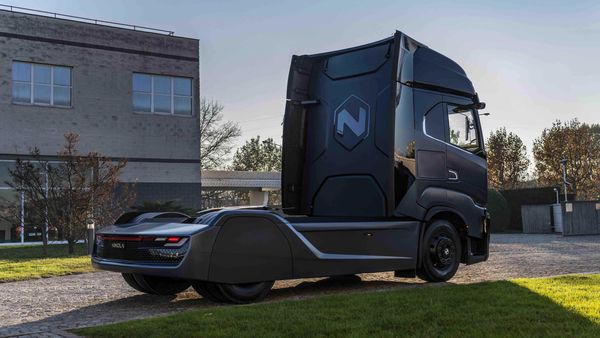 After half an hour of promotional videos and big promises, Nikola Corp.’s 13-foot-tall prototype parked atop a rotating stage began to spin.

The dramatic music reached a crescendo, lights flicked on and a partially translucent white sheet lifted off the Nikola One. Founder Trevor Milton walked up to applause, put his hands on his side and admired the big rig.

“Oh, that thing is so awesome," he said. “We’ve been waiting so long to show this to the world, you have no idea. It’s hard to even contain my emotion about this."

Milton then made several comments to the crowd at the December 2016 event suggesting the Nikola One was driveable. The statements alarmed people familiar with the truck’s capability, who told Bloomberg News recently that it was inoperable and missing key components to power itself. On Wednesday, Milton said key parts were taken out of the vehicle for safety reasons and that it never drove under its own power.

“I never deceived anyone," he said in a phone interview. Nikola shares briefly erased gains and traded down as much as 2.4% as of 3:33 p.m. Thursday in New York.

Later, he said the truck was not a “pusher," referring to an inoperable prototype that needed to be nudged onto the stage.

The people familiar with the truck, who asked not to be identified discussing sensitive information, said they were concerned about the statements. Gears and motors were missing, and while the words “H2 Zero Emission Hydrogen Electric" were emblazoned on the vehicle, there was no fuel cell on board.

“There wasn’t a fuel cell in the truck. We never claimed there was," Milton said. He confirmed the motors and gears weren’t in the vehicle for safety reasons. 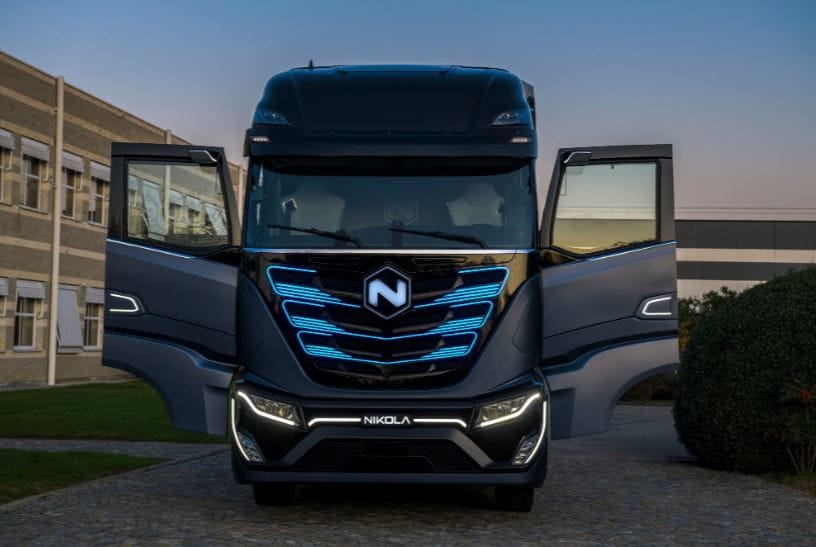 In Mmanu of his tweets, Trevor Milton has claimed that his company's trucks boasts of long-range battery packs and are far ahead of others in terms of technology used. (Photo: Twitter/@nikolatrevor)

Milton’s statements are coming under greater scrutiny following Phoenix-based Nikola’s share listing earlier this month. The stock’s initial surge has turned small investments by manufacturers such as CNH Industrial NV and Jeff Ubben’s ValueAct Capital Management into stakes worth billions. The gains reflect optimism that Nikola could become a Tesla Inc.-like disruptor, though established truck companies are planning their own greener alternatives to diesel-powered big rigs.

“Manufacturing trucks is a highly competitive business, and all the established players -- Daimler, Volvo, Scania and others -- all have low- and zero-emissions programs under development," said Colin McKerracher, head of advanced transport for researcher BloombergNEF. “This is going to be a crowded field."

It’s taking longer for Nikola to enter the field than Milton hoped. He said at the time of the unveiling of the One that deliveries would start in 2020. Nikola is now less committal about a delivery date 3 1/2 years later. The company is forecasting no revenue for this year.

Production plans for the One will be announced once Nikola has established a “robust" refueling infrastructure, the company said in its March public-offering filing. Its initial hydrogen stations won’t be operational until 2022 or later.

Nikola is outsourcing much of the work for its debut model, a battery-electric big rig called the Tre, which is based off a truck built by CNH Industrial. Sales are expected to begin next year. Its first fuel-cell truck, the Nikola Two, is due in 2023.

Despite its challenges with starting production, investors briefly valued Nikola higher than Ford Motor Co. earlier this month. Its shares were listed following a reverse merger with a blank-check company and promptly soared in the midst of retail-investor fervor for insolvent companies.

At first glance, Milton seems like a clone of Elon Musk, whose better-known company goes after the other half of the name of the famed electrical inventor, Nikola Tesla. Both charismatic and outspoken leaders have profited from dramatic run-ups in their companies’ share prices this year. But in some respects, the two executives’ businesses are quite different.

Whereas Musk, 48, is notorious for setting stretch goals that Tesla fails to achieve or does so later than its chief executive officer hoped, Nikola’s targets for the coming years are relatively conservative.

The company expects to have its first $1 billion year of revenue in 2023. The truck factory it plans to build south of Phoenix is projected to reach full production of about 30,000 fuel-cell electric vehicles in 2027 and 15,000 battery-electric vehicles the following year.

Tesla by comparison expects its deliveries to “comfortably" exceed 500,000 vehicles this year. Its total revenue topped $24.5 billion in 2019.

In other respects, Milton is following in Musk’s footsteps. 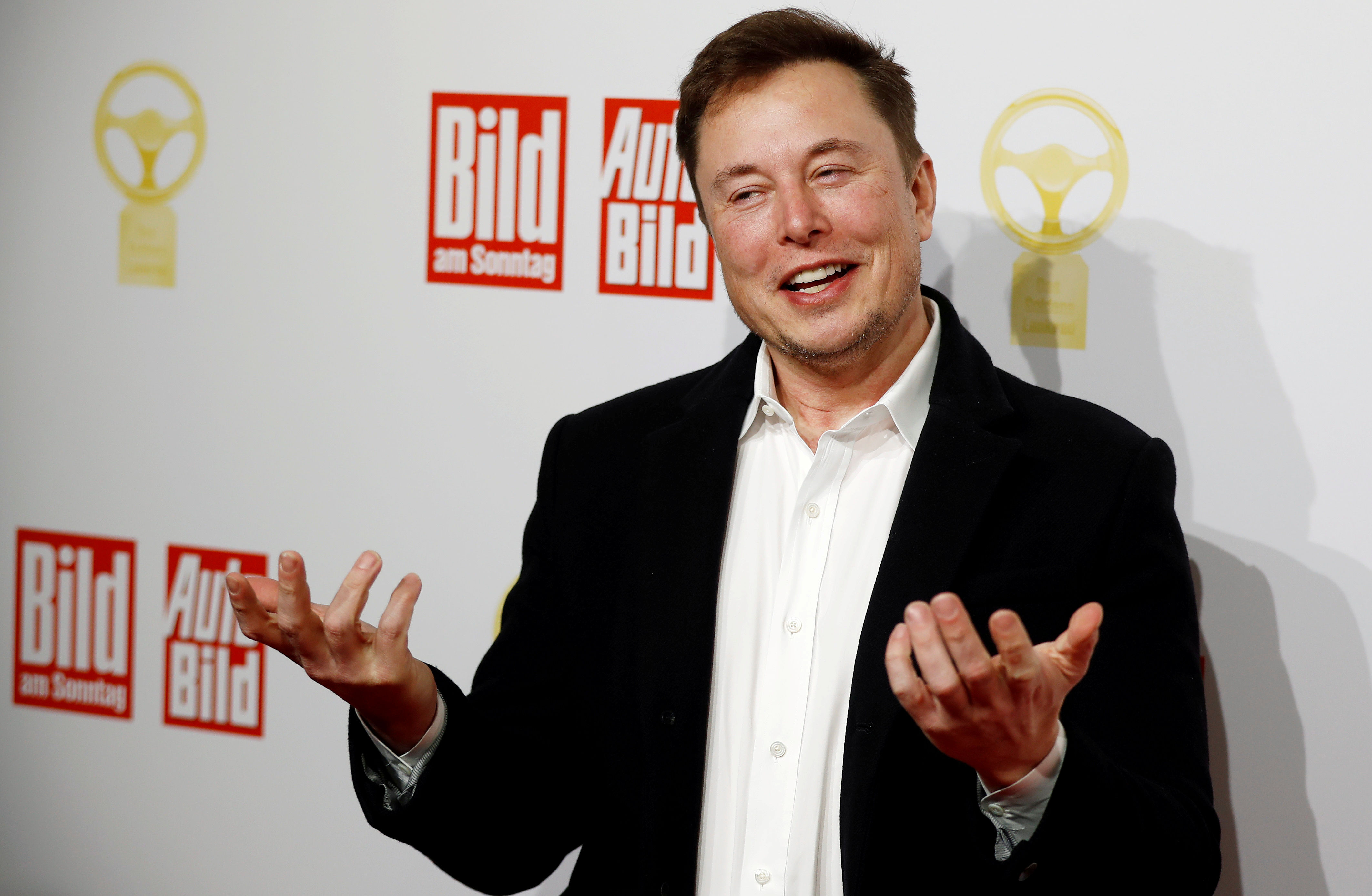 Nikola has succeeded in ginning up consumer and investor interest in a product years before it’s ready to be delivered, much like Tesla’s CEO has done with several products.

Tesla also has raised money off customers by charging deposits for vehicles that take years to get to market. Nikola took the same approach with the One, though Milton says the company returned deposits to reservation holders because of criticism Tesla fielded over its funding strategy. He is now planning to take deposits for a truck model the company has in development.

Nikola touts the 14,000 reservations it has for its future fuel-cell electric trucks and says they are worth about $10 billion of sales, but that value is theoretical. The company told prospective investors in April that it was negotiating with fleet partners to convert pre-orders into binding contracts with deposits.

Musk also has hosted an unveiling with a product that didn’t actually work. In October 2016, he staged a solar roof product demo with shingles that weren’t functional to help clinch shareholder approval for Tesla’s $2 billion acquisition of SolarCity.

In January, Tesla’s insurer paid out $60 million to settle investor claims that directors allowed Musk to dupe the electric-car company into overpaying for SolarCity. Musk is the only member of Tesla’s board who didn’t settle.

Milton’s path to billionaire status was an unusual one. Before founding Nikola six years ago, he flunked out of high school, then passed the General Educational Development test, according to a Twitter post. He later dropped out of college.

A self-described serial entrepreneur, he founded alarm-system and online-retail startups and ran a natural gas storage-technology company before Nikola.

With the Nikola One, Milton says he called an audible before the 2016 unveiling. The company had initially tried to build trucks powered by natural gas-powered turbines. Fuel cells and batteries “were not far enough along" to build zero-emission trucks, he said in an interview last week. He went to the board anyway and called for Nikola to make the switch.

“They were like ‘no way, you’ve already got millions of dollars into this turbine, the truck is ready to go, what are you thinking, man?’" Milton said of the board’s response. “I just put my foot down and said you’ve got to trust me and we are doing it. It’s a damn good thing I did it. It’s the best decision we ever did."

BloombergNEF is less bullish, predicting that global Class 8 heavy-duty fuel cell truck sales won’t reach 10,000 units annually until around 2030. The researcher sees 90% of heavy trucks continuing to be powered by diesel in 2040.

“Fuel cell technology has improved, but there’s still a long way to go on the economics to be fully cost competitive with other options," McKerracher said in an email. “Scaling up quickly would require a huge push on policy support."