Investors jolted by sinking Tesla, Bitcoin and other market favorites 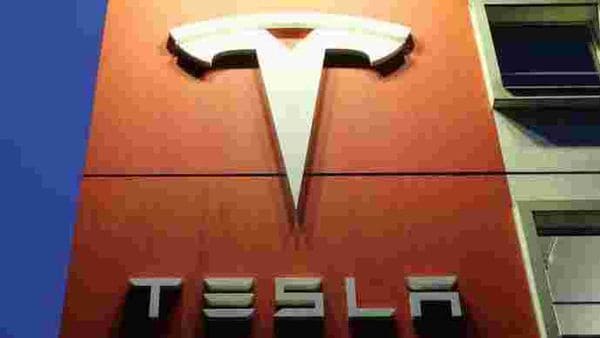 Bitcoin, shares of Tesla and a high-flying exchange traded fund (ETF) fell on Tuesday, retreating from recent rallies in a volatile session that gave investors a gut check.

It was the latest sign of a possible pause in a rally that has buoyed a broad range of assets. Investors may be growing wary of sky-high valuations, while recent rises in Treasury yields could dim the allure of stocks and other comparatively risky investments.

"We have been in a sustained rally and there was a lot of leverage in the system," said Ty Young, cryptoasset research analyst at crypto data platform Messari, of Bitcoin. "Corrections are to be expected during a bull run and not surprising when looking at previous cycles.

Bitcoin was recently down 11% at $48,207, paring some losses after Jack Dorsey's Square Inc said it bought around 3,318 bitcoins for $170 million. The cryptocurrency had fallen as low as $44,845 during the session.

Shares of Tesla, which recently disclosed a $1.5 billion investment in the cryptocurrency, fell as much as 13.4% and pared losses to end down 2.1%. The ARK Innovation ETF, which counts Tesla as its biggest holding, finished 3.3% lower.

Recently popular exchange-traded funds (ETFs) focused on industries such as blockchain, cannabis and renewable energy have also taken a hit in the past week-and-a-half, with some investors growing skittish.

The electric carmaker's shares represent about 10% of holdings for the ARK Innovation ETF, which has fallen around 9% this week as volatile bitcoin prices have pushed Tesla's shares down almost 11% in the same period. Bitcoin has tumbled 17% in two days.Some investors may have been preparing for downside in the ETF. Amy Wu Silverman, equity derivatives strategist at RBC Capital Markets, noted that options activity indicated a rise in demand for protection against a decline in ARKK.

Bullish sentiment for many holdings in the ARK Innovation ETF remains high, Wu Silverman noted. Despite recent weakness, outflows from the fund have been minimal, according to research from Christopher Murphy, co-head of derivatives strategy at Susquehanna Financial Group.

"The ARKK ETF has been the poster child of momentum high fliers and is beloved by retail," Wu Silverman wrote.

Many assets whose prices gyrated on Tuesday have experienced blistering rallies over the last year.

Even with the shake-out from a record high above $58,000 two days ago, Bitcoin is up 68% this year, increasingly accepted as a mainstream investment and means of payment.

Michael Saylor, chief executive of MicroStrategy, a major corporate backer of bitcoin, told CNBC on Tuesday that the approximately $1 trillion total value of the digital currency could subsume the market capitalization of gold at about $10 trillion.

Yet some signs point to investors becoming more cautious on Tesla. Skew, an indicator measuring demand for protective options positioning, has climbed for Tesla over the past few weeks, according to data from Trade Alert.

Investors focused on environmental, social and governance (ESG) factors may also have cause for concern.

While Tesla has long campaigned to cut global auto emissions through use of its relatively environment-friendly cars, the company's decision to invest in bitcoin could weigh on its ESG rating, Valentijn van Nieuwenhuijzen, chief investment officer at asset manager NN IP told Reuters on Friday.