Oil's demand weakness is spread across the board, with both consumer and industrial fuels set for steep declines, as per Fitch Solutions.India reached its nadir in April at minus 48.7% year-on-year growth for total fuels consumption and growth is contracting once again with minus 20.6% in August.
By : ANI
| Updated on: 21 Sep 2020, 12:41 PM 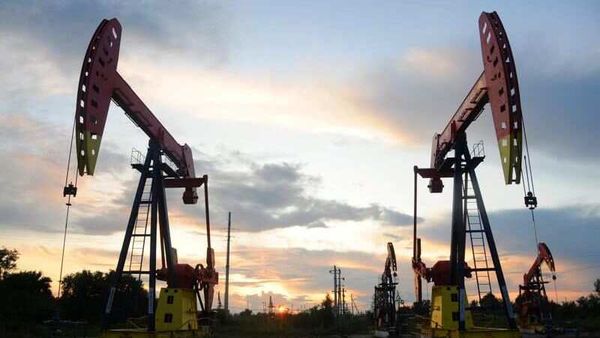 File photo of pumpjacks used for representational purpose only

Fitch Solutions has made a further downward revision to India refined fuels demand forecast for 2020 from minus 9.4 per cent to minus 11.5 per cent in line with further deterioration in the country's economic outlook.

Its economists now forecast real GDP to contract by 8.6 per cent in FY21, down from minus 4.5% previously. In the first quarter of FY21, GDP contracted by 23.9 per cent, the steepest contraction on record.

"The domestic Covid-19 outbreak shows no signs of abating with daily cases continuing to accelerate. While the nationwide lockdown in place since March 25 was lifted on May 31, state-level restrictions remain in place and will likely drag on the economic recovery," said Fitch.

High unemployment and the loss of income stemming from the coronavirus has severely depressed consumer spending, which in turn will weigh on business investment.

In response to the pandemic, the government has introduced a number of stimulus measures and, according to Fitch country risk analysts, will likely continue to boost spending in the face of a persistent revenue shortfall.

However, given the scale of the economic damage currently being wrought, the fiscal response is proving far from sufficient.

Demand weakness is spread across the board, with both consumer and industrial fuels set for steep declines. With a nationwide lockdown in place over March to May, domestic demand plummeted, reaching its nadir in April at minus 48.7 per cent year-on-year growth for total fuels consumption. As the lockdown was rolled back, demand began showing some signs of life, contracting by just 8.6 per cent in June. However, state-level restrictions, persistent disruption to economic activity and continued and aggressive spread of the virus have dragged demand lower once again with growth contracting by minus 20.6 per cent in August.

The transport sectors have suffered the heaviest losses as social distancing measures cut off traffic and travel and curb demand for road, air and shipping freight. In percentage terms, jet fuel has seen the sharpest contraction with consumption falling on average by 46.6 per cent in the eight months to August.

(Also read: Will the world never again see a jump in demand for oil? BP says 'it's over')

Industrial demand as a whole has declined sharply due to restrictions in place on business activities, labour and supply shortages and credit constraints. The one bright spot was LPG demand for which rose by 4.3 per cent.

Social distancing measures have increased residential demand as a whole while the government's policy to offer free cylinder refills to low-income households offered an additional boost.