Terming the slowdown in automobile sector as cyclical, the government on Tuesday said it is taking various steps including release of funds worth ₹70,000 crore to PSU banks to help the sector.
By :
| Updated on: 19 Nov 2019, 07:04 PM 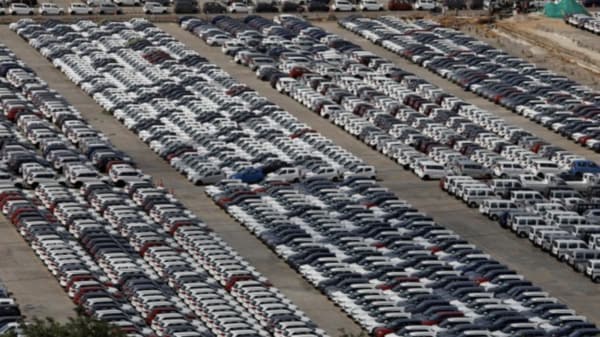 New Delhi, Nov 19 (PTI) Terming the slowdown in automobile sector as cyclical, the government on Tuesday said it is taking various steps including release of funds worth ₹70,000 crore to PSU banks to help the sector.

Minister of Heavy Industries and Public Enterprises Prakash Javadekar said the sector is facing a prolonged downturn due to various reasons, including reduction in finance availability and increase in cost due to upfront collection of insurance premium.

"There is a cyclical slowdown across sectors including automotive sector since last few months. But the festival season demand has shown year-on-year growth of 0.3 per cent in the passenger vehicle segment," Javadekar said in a written reply to the Lok Sabha on Tuesday.

Citing reasons for the slowdown, he said increase in axle load limit for commercial vehicles by up to 25 per cent expanded freight capacity, leading to shrinkage of new vehicle demand.

Besides, increase in collateral for dealers from 25 per cent to 60 per cent resulted in reduction in inventory finance to dealers, the minister said.

Further, there has been postponement of purchases in anticipation of discounts by original equipment manufacturers (OEMs) for clearing of stock with BS-IV norms, he added.

Elaborating on the steps being taken to help the sector, Javadekar said the government as a policy maker always attempts to keep and improve momentum of the economy through a package of measures for comprehensive and continued development of the auto sector as and when required.

He said the government has taken steps like reduction in corporate tax to 22 per cent, continuation of registration of internal combustion engine vehicles in future.

Besides, the scrappage policy for auto sector is under consideration of the government, he added.

Javadekar said the proposed increase in registration of new cars has been deferred till June 2020 and funds worth ₹70,000 crore have been released to PSU banks to help the sector.

Domestic passenger vehicle sales witnessed year-on-year decline in wholesales for almost an year till September this year. The sales increased marginally by 0.28 per cent in October, driven by festive boost.