Buy Santa Fe, get Accent free: How dealers in this country are luring buyers 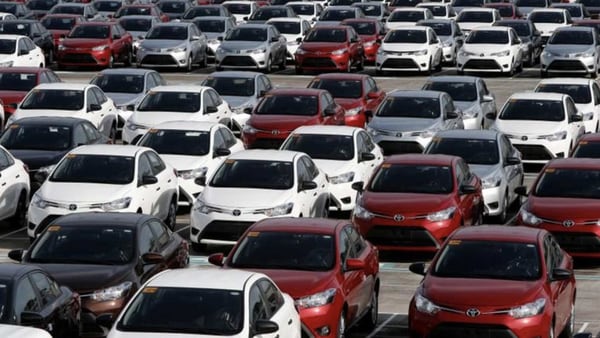 Free cars and down payments as low as $20 a vehicle are up for grabs in the Philippines as dealers seek to recover from a record drop in sales brought on by the coronavirus pandemic.

Kia Motors Corp. Picanto hatchbacks are available for an upfront payment of just 1,000 pesos ($18), while select customers can make down payments of 18,000 pesos for K2500 commercial trucks, the automaker’s unit in the Philippines said in a statement.

A Hyundai dealership in the capital region is offering a free Accent or Reina sedan, which retails for at least 683,000 pesos, for every purchase of its 2.5-million-peso Santa Fe SUV this month, according to a report by online car magazine Top Gear Philippines.

San Miguel Corp., the local BMW distributor, also slashed prices of its luxury 5, 6 and 7 Series models by roughly a third this month, according to its Facebook page.

Strict stay-at-home restrictions in the Philippines from mid-March and a record rise in unemployment resulted in an 85% plunge in sales in May from a year earlier to 4,788 vehicles. In April, the sales figure was just 133 units, an unprecedented low according to data compiled by Bloomberg.