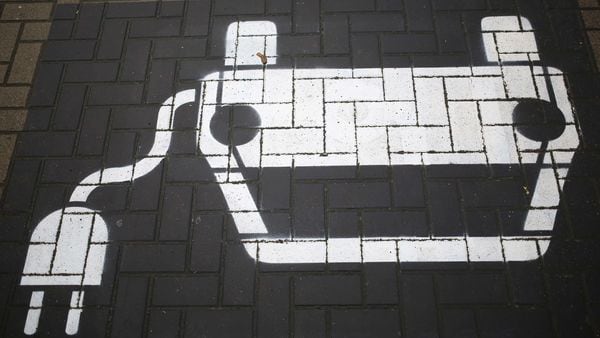 Europe’s five largest automotive markets edged past China in electric vehicle registrations in the first quarter of 2020, as China battled the outbreak of the coronavirus and imposed shutdowns countrywide,  according to a study by PwC and its strategy consulting subsidiary Strategy&.

Germany, France, the U.K, Italy and Spain collectively registered 79,300 fully electric vehicles between January and March, narrowly edging past the 77,256 in China, the study found. Unit sales more than doubled in Europe in that period, compared to the first quarter of 2019. In China, sales fell by more than half in the quarter because of the lockdown.

The trend could see a reversal, as sheltering and lockdown requirements are expected to remain in place in most of Europe throughout the spring and restrictions in China gradually are lifting. More than 80% of China’s almost 84,000 confirmed cases of Covid-19 have been in Hubei, of which Wuhan is the capital. The outbreak in the province peaked in mid-February; according to official statistics, there are now almost no new infections occurring.

That presents an opportunity for China to regain its position as the top-selling market for EVs.“The Chinese government is again introducing incentives for electric vehicles—both subsidies and tax breaks—and China also has the production capacity, so we believe that China will again take the lead in registrations later this year," Felix Kuhnert, Global Automotive Leader at PwC, said in an interview. Over the next few years, “It will be a neck-to-neck race between China and Europe, with the winner determined by political will, improvements in charging infrastructure, and quality and availability of electric vehicles," Kuhnert said.

China has planned to extend subsidies in order to boost EV sales in the country.

When hybrid and plug-in hybrid vehicles are added into the calculation, alternative energy autos already have the highest market share in Europe, the study said.

Many auto market segments typically rely on just a handful of models for the bulk of their sales. In the U.S., the battery-electric category is dominated by Tesla Inc.’s Model 3, with Toyota Motor Corp’s Prius Prime leading in plug-in hybrids. Across Europe, Renault SA’s Zoe is by far the best-selling battery vehicle, ahead of Peugeot SA’s 208 EV and Volkswagen AG’s eGolf, while Mitsubishi Motors Corp.’s Outlander PHEV was the best-selling plug-in hybrid, according to the study.

In Europe, government support for alternative power vehicles could mean that PwC’s earlier forecast heading into 2020 for 11 million electric passenger vehicle sales globally is achievable, Kuhnert said. The broader car industry will shrink by anywhere between 10% and 40% this year, the study estimates.

“We will see a cash for clunkers program in Europe, but with an ecological element," Kuhnert said, referring to the U.S. government-funded effort of a decade ago to spur car sales. That could improve environmental factors, such as air quality, and also help carmakers meet their carbon emission targets, he said, which in turn could “persuade consumers and voters that such incentives not only help the car industry in the long run, but also have very immediate benefits for society as a whole."