The restoration work on the Countach was recently carried out by Automobili Lamborghini's Polo Storico and it took 25,000 hours of work to showcase it in new form.
By : HT Auto Desk
| Updated on: 28 Oct 2021, 10:41 AM 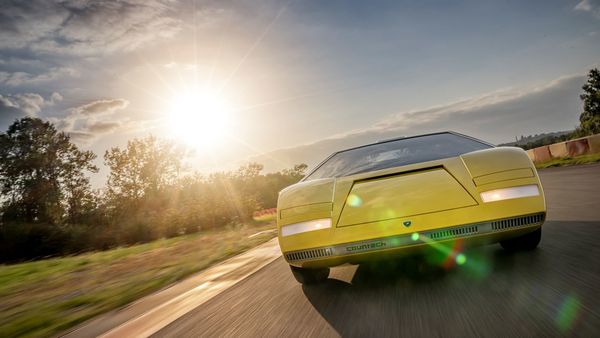 The remodelled Lamborghini Countach was showcased earlier this year.

The year 1971 was a watershed moment for Lamborghini and the automotive world because it was when the first time that the Countach LP 500 prototype was unveiled for public eyes. From grabbing the limelight at that year's Geneva Motor Show to eventually finding space in select garages across the planet and countless walls in the form of posters, the Lamborghini Countach was and still may well be ahead of its times. But a recent decision to resurrect the iconic Lamborghini Countach for the modern world has reportedly not gone down too well with Marcello Gandini, a man whose views matter because he was the main person behind the design of the original Countach.

The restoration work on the Countach was recently carried out by Automobili Lamborghini's Polo Storico and it took 25,000 hours of work to showcase it in new form. While there was a whole lot of perseverance involved, Gandini isn't impressed. Far from it, he has minced no words in making his opinion known. “I have built my identity as a designer, especially when working on supercars for Lamborghini," he reportedly said in a statement. "Each new model I would work on would be an innovation, a breaker, something completely different from the previous car… As far as I am concerned, to repeat a model of the past, represents in my opinion, the negation of the founding principles of my DNA."

Media reports suggest that when Gandini was first presented with a scale model of the new Countach, he was of the opinion that the eventual real-life version would be a one-off. He is believed to have been surprised about plans of taking this new model to production lines.

Many are pointing to how Lamborghini managed to pay a design tribute to an iconic supercar without possibly consulting the main designer of the original model. Others still expect the company to make big bucks from the new Countach despite what Gandini may have to say about it.