The top five Japanese car manufacturers will build 580,000 fewer cars from January through April compared with Goldman Sachs’ previous estimate.
By : Bloomberg
| Updated on: 06 Mar 2020, 09:52 AM 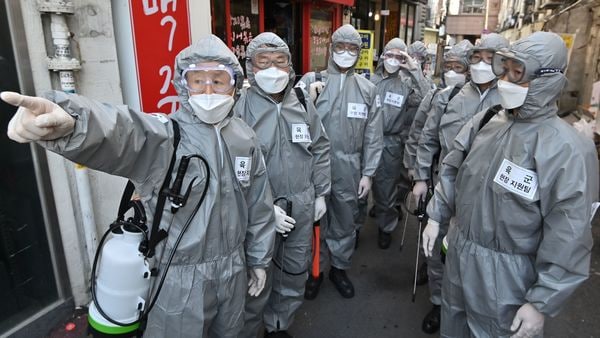 The impact of the coronavirus outbreak on automobile output and demand will shave 170 billion yen ($1.6 billion) from the profits of Japan’s top five automakers, Goldman Sachs said.

Total sales for all global automakers are now projected to shrink 3.5% in 2020, instead of the previous estimate for a 0.3% contraction, according to the bank. Even if factories get back online, “it will take some time to return to full capacity owing to labor shortages and the need to secure adequate supplies," analysts including Kota Yuzawa wrote in a report.

The spread of the illness, which has shut down factories in Hubei, China’s fourth-largest vehicle-manufacturing hub, has had a ripple effect across the global auto industry. Toyota Motor Corp., Nissan Motor Co., Honda Motor Co., Mitsubishi Motors Corp. and Mazda Motor Corp. rely on parts from the country even if they assemble vehicles elsewhere.

All told, the five manufacturers will build 580,000 fewer cars from January through April compared with Goldman Sachs’s previous estimate. Among them, Toyota is estimated to run at 94% of the bank’s prior projection during the period, while Honda will be at 16%, and Nissan at 47%.

Representatives for Honda, Nissan, Mitsubishi Motors and Mazda declined to comment on the report. "If the situation continues, there could be some impact, but more than 90% of our retail locations across China have reopened," said Toyota spokesman Kensuke Ko. “But the effect on sales doesn’t just depend on run rates but consumer sentiment and market conditions, so we will continue to monitor the situation, although at this point we have no plans to change our sales targets."

Suzuki Motor Corp. has been the exception, with minimal manufacturing or sales presence in China, leaving it relatively unscathed during the crisis.

“Even if production resumes along the lines we are assuming, recovery will hinge on end-user demand in China," Yuzawa wrote, noting that car sales in China were down 83% in the third week of February. “While these figures tend to be highly volatile, automakers are clearly facing challenges from both a production and sales perspective."