Despite subsidies to EV makers and tax breaks for buyers, industry watchers fear electric vehicles could become an even harder sell after the plunge in global oil prices.
By : Reuters
| Updated on: 12 May 2020, 04:47 PM 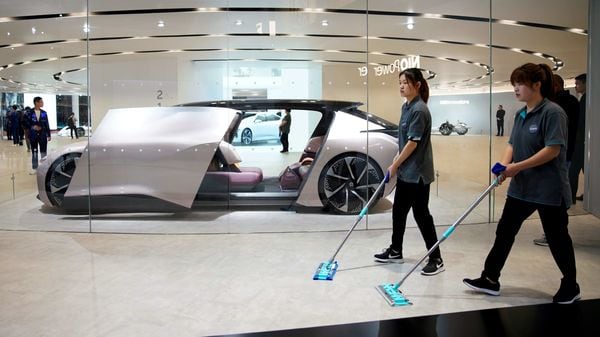 Challenged by the arrival of Tesla in China last year, domestic electric vehicle (EV) start-ups were struggling even before the economic shock wrought by the coronavirus, but now for some it has become a battle for survival.

New energy vehicle (NEVs) sales fell for a tenth straight month in April, plummeting 43% from a year earlier in a market that has now got 50-or-so established start-ups competing with domestic giants like Geely, state-owned FAW Group , and foreign marques like Tesla Inc and Volkswagen AG.

"The outbreak will aggravate these issues that already had existed," said Gu, whose firm delivered 16,000 vehicles in 2019.

Despite subsidies to EV makers and tax breaks for buyers, industry watchers fear electric vehicles could become an even harder sell after the plunge in global oil prices, which has made the technology a less attractive bet for consumers and investors alike.

Even Buffett-backed long-established EV maker BYD reported 85% profit drop in the first quarter due to the slide in sales caused by coronavirus.

But the downswing does not bode well for China's chances of hitting a target for NEVs - a category that includes plug-in hybrids, battery-only electric vehicles and vehicles powered by hydrogen fuel cells - to account for 25% of all automobile sales by 2025 compared with the current 5%.

An investor in WM Motor, which sold nearly 17,000 vehicles last year, expected EV makers still producing on a smaller scale to fall by the wayside during this contraction in the market.

"Those who had not launched mass production of their car models by 2019 would probably die. The outbreak is going to accelerate their death," the investor, who requested anonymity, said.

WM Motor, backed by Baidu Inc, said it had cancelled performance bonuses due to failure to meet 2019 targets and delayed payments of annual bonuses and employee subsidies due to the economic challenges arising from the coronavirus epidemic.

Some smaller EV makers have resorted to salary cuts and lay-offs, according to employees.

Volatile financial markets have made it harder for firms to drum up funding from share issues. During the first quarter, China's EV makers only secured $200 million of new funding, according to PitchBook data.

Gu declined to comment on plans for an IPO by Xpeng, which launched P7 sedan models on April 27 and plans to export G3 sport-utility vehicles to Norway.

"Only the top-tier EV makers will be able to attract attention from investors in this environment," said Gu, adding that Xpeng kept an open mind for diversified sources of capital.

Li Auto, also known as CHJ Automotive, has filed for a U.S. initial public offering, aiming to raise at least $500 million, sources told Reuters in January. And its founder has since said the firm has sufficient cash reserves to weather the impact from virus.

Other firms have turned to the state for funding.

Nio, a trailblazer among these start-ups, set up a new entity, Nio China, which secured a 7 billion yuan ($986.78 million) investment from state-controlled investors.

Luchi Motor, one of China's earliest EV startups, sold a controlling stake to the investment company of Henan province in March, after it failed to deliver cars as scheduled.