The Bentley Mulliner Bacalar Series and the Blower Continuation Series will appear together for the first time.Bentley aims to hybridise its entire range by 2024, ahead of the launch of the first fully electric Bentley in 2025.
By : HT Auto Desk
| Updated on: 09 Aug 2021, 01:55 PM 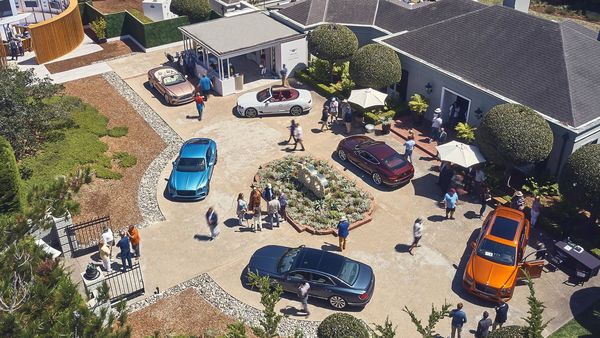 Bentley Motors will return to the Monterey Car Week with a suite of global debuts on August 12. The event will see the launch of a new Bentley Mulliner model, and public debuts of the development prototypes for the Blower Continuation Series and Bentley Mulliner Bacalar projects.

The luxury car maker will also showcase its new hybrid range for the first time, where the Bentayga Hybrid will be joined by the Flying Spur Hybrid. Bentley aims to hybridise its entire range by 2024, ahead of the launch of the first fully electric Bentley in 2025. The new hybrid range will make its debut on the Bentley stand at The Quail during the event.

The Bentley Mulliner Bacalar and the Blower Continuation Series will appear together for the first time, both significant to Bentley Mulliner programmes. Both the projects will be represented by their prototype 'Car Zero' models, which have each covered thousands of kilometres in testing. The Bacalar Car Zero has been retrimmed especially for Monterey Car Week with new colour – Scarab Green.

The Blower Car Zero will proudly wearing its development mileage and has been finished in gloss black hue with Oxblood red leather. Both the cars will be been being driven during the event. Both the Bacalar and Blower Series are strictly limited to 12 units each and their customer-ordered units are under development currently, and these are all completely sold out.

The event will also mark the presence of all three Mulliner portfolios – Classic, Coachbuilt and Collections, appearing together for the first time.