Cities with a higher proportion of passenger vehicles will be much less impacted as compared with those with higher dependence on commercial vehicles or two-wheelers.
By : PTI
| Updated on: 09 Jul 2020, 05:07 PM 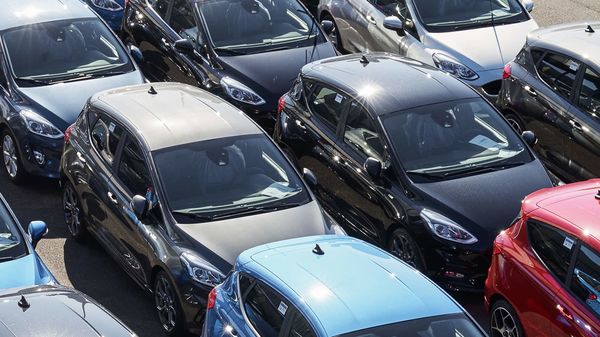 The coronavirus pandemic-induced nationwide lockdown is expected to squeeze automotive aftermarket spending by 11 per cent this fiscal, a Crisil Research report said.

The coronavirus pandemic-induced nationwide lockdown is expected to squeeze automotive aftermarket spending by 11 per cent this fiscal, a report has said.

Based on the analysis of 75 mega districts in the country, which account for 43 per cent of the segment's total revenue, Crisil Research expects the annual running of vehicles (in kilometres) to decline, with three-wheelers likely to see the highest decline of 22 per cent and passenger vehicles and tractors seeing the lowest decline of 4 per cent during the fiscal.

These districts together account for a significant chunk of automobile sales by original equipment manufactures (OEMs) and 46 per cent of total number of automobiles in the country, it said.

According to the report, aftermarket automotive spends are typically driven by annual running and replacement frequency.

The economic crisis brought on by the extended lockdown is expected to whip up the woes of the auto component industry, including tyres, engine oil and lubricants, this fiscal, Crisil Research said.

The industry, which has been battling a steep slowdown in demand from both OEMs and export markets, will also see challenges mount in the aftermarket, which is likely to go down by 11 per cent in FY21, it said.

Utilisation in commercial vehicles had reached 25-30 per cent by May-end and is likely to touch pre-Covid levels only by September, and reduced running along with the highly price-sensitive nature of customers in this segment will drive down aftermarket spends, it added.

In two-wheelers, a high proportion of aftermarket spend goes towards tyre and engine oil replacement, which will be sharply lower as both are directly linked with annual running, it said.

Besides, two-wheeler owners are likely to heavily downtrade or opt for cheaper options in the aftermarket, given the impact of the economic slowdown.

Normal running levels are expected only by September, once factories and businesses restart (work from home gets replaced by going to office for work) and reach their normal tempo, Crisil said.

The aftermarket revenue in passenger vehicles (PVs) segment may fall only 4 per cent because of maintenance expenses after lockdown.

PVs would also see more usage as commuters shift to personal vehicles to commute for work, while tractor segment, which is relatively unaffected by demand shocks, would see low decrease in aftermarket spends, as per the report.

As much as 15 per cent more office-goers plan to commute by their own vehicle, it said, adding that the lockdown has affected about one-sixth of annual running of vehicles in varying degrees, depending on city level vehicular population and their zone classification (except tractors).

Starting June, various state governments are opening up areas with fewer restrictions, which would gradually increase the usage of vehicles, Crisil Research said.

Maharashtra is likely to be the most affected state in aftermarket spending, followed by Tamil Nadu, the report said, adding that of the 50 high-susceptibility districts, Tamil Nadu has seven, followed by Maharashtra with six. For both these states, the list includes key cities.

These 50 high-susceptibility districts together constitute 35 per cent of automotive aftermarket spends, it said.

Cities with a higher proportion of passenger vehicles will be much less impacted as compared with those with higher dependence on commercial vehicles or two-wheelers.

Among metro districts, Kolkata is better placed than others as its aftermarket spend is concentrated in PV segment, which accounts for 50 per cent of the city's vehicle population.

This is in stark contrast to Mumbai, where two-wheelers constitute 65 per cent of the city's vehicle population, the report said.