Tesla's Fremont car plant was most productive in North America in 2021: Report

Despite producing the most number of cars in North America from a single plant, Tesla is still at 10th position in terms of big automakers in the continent.
By : HT Auto Desk
| Updated on: 25 Jan 2022, 05:24 PM 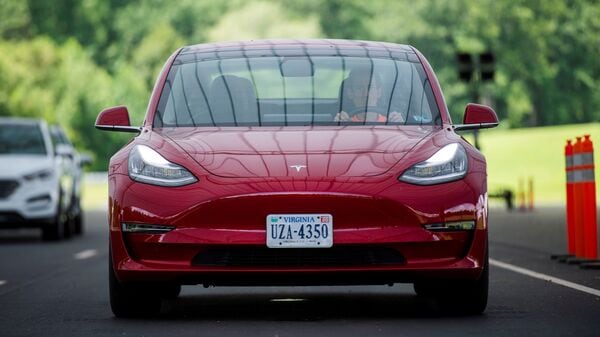 Other car plants that produced a high number of vehicles every week in 2021 were BMW's Spartanburg facility in South Carolina and Ford's truck plant in Dearborn, Michigan. While the BMW facility produced 8,343 units on an average every week, the Ford facility rolled out 5,564 units per week.

Despite its phenomenal growth and dominance in electric vehicles, Tesla is still in the 10th position in terms of big auto manufacturers in North America. The car brand is left behind by other auto giants such as General Motors, Ford, Toyota, Stellantis, and Honda.

Tesla has not revealed the exact number of cars it produced in the Fremont facility. However, with a weekly average of 8,550 cars produced the Fremont plant rolled out approximately 444,600 cars last year. It also left behind Tesla's other plants such as the Giga Shanghai that currently produces Model 3 and Model Y, the two bestselling models of the electric car brand.

Tesla's Giga Shanghai produced nearly 486,000 units of electric cars last year. Overall, Tesla was able to expand its global car production by 83 per cent in 2021 from its 2020 levels when it manufactured 930,422 units.

The number of Tesla's vehicle production is expected to grow substantially this year as the automaker has already started trial manufacturing at its Giga Berlin. The new Gigafactory in Germany is likely to start series production of vehicles within a few months. Tesla is also expected to open its Austin plant in Texas. With two new plants likely to start manufacturing operations in the first quarter of this year, the Ev major would be able to ramp up its overall global vehicle production substantially.

A ramp-up in production is in line with Tesla CEO Elon's announcement made in October 2021, when he said that he plans to further increase production in Fremont and Shanghai by 50 per cent. He also plans to increase vehicle deliveries by roughly 50 per cent every year.