Jeep to launch four SUVs in India by 2022

Jeep India is aiming more product localisation in order to make its SUVs more affordable to buyers.Jeep India plans to double the network from current 65 outlets by 2023.
By : HT Auto Desk
| Updated on: 23 Feb 2021, 01:09 PM 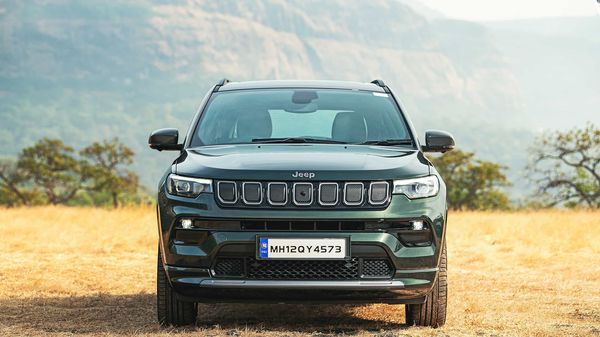 Jeep Compass is the bestselling model of Jeep India.

Jeep is planning to launch at least four new SUVs in the country market in the next 18 months, revealed Partha Datta, Managing Director of Jeep India in an interview. As he has revealed, the American iconic SUV manufacturer is working on new India-centric products in a bid to grab more market share here.

(Also Read: Check out this stretched-out Jeep Wrangler 4x4 limousine that is up for sale)

Jeep India MD also revealed that the automaker is working on two SUVs including a seven-seater model codenamed as H6 and a sub-4 metre SUV as well. As the sub-4 metre SUV segment is one of the key growth drivers for the entire passenger vehicle segment, Jeep India is aiming to tap into this category. It has been long speculated Jeep will bring in the Renegade SUV in India that will be the most affordable badge from the US-based automaker in India.

Jeep India has so far launched the Wrangler, Grand Cherokee and Compass in the domestic market and among all of them, Compass has been the most successful one. However, the automaker is now revising its strategy and the upcoming four models is a key part of that. As Jeep India has revealed, the sub-4 metre SUV will hit the showrooms after the launch of the updated Grand Cherokee. The new Wrangler launch is also on the card for 15th March.

In a bid to keep the pricing in check, Jeep India is focusing on increased localisation. Both the Wrangler and Grand Cherokee will be assembled locally at the automaker’s Ranjangaon facility. The OEM has already started production of the Wrangler, while the assembling of Grand Cherokee will commence by 2022. The automaker will assemble engines and axles completely at the Ranjangaon plant, while other parts and component assembling will be done by suppliers else in India.

Earlier in 2021, Fiat Chrysler Automobiles announced an investment of $250 million in order to expand its localisation and product launch. Through localisation, the automaker is aiming to get the benefit of reduced tax and to bring down the cost of production. Previously, these products were being imported as Completely Built Unit (CBU), resulting in payment of hefty tax.

Jeep India also indicated that it might refresh its products every 2 years. Besides revising the products strategy, Jeep India is also focusing on doubling the retail network across India by 2023 from the current 65.