BMW is determined to play a significant role in EV space.BMW says future series models with electrified and with conventional drive systems will be built on a single production line.
By : HT Auto Desk
| Updated on: 12 Aug 2020, 11:40 AM 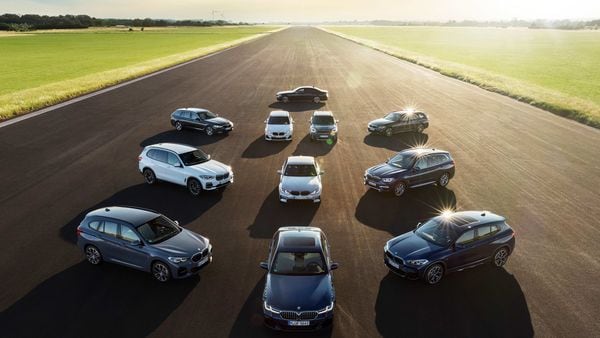 In a bid to seize initiative in the fast evolving business of passenger vehicles, BMW Group has set an ambitious goal of hitting seven million cars featuring either an all-electric or plug-in hybrid drive system by 2030. The announcement was made by the company in a press release issued Wednesday.

Cars with electrified drive systems under the BMW and MINI brands are currently offered in as many as 74 markets across the world, and as many as 500,000 units were sold in 2019 alone. BMW is now hoping to take this figure up to a million by end of 2021 and it eventually hopes to put out seven million such vehicles on roads globally by 2030. The car maker further informs that of this seven million objective, the goal is to have at least two-third units which are all-electric variants.

BMW understands that this is no walk in the park and believes that a product offensive is and will be the main driving force. The company is already increasing the ratio of plug-in hybrids in models such as 7 Series, 5 Series and the X1. "In future, further series models with electrified and with conventional drive systems will be built on a single production line," it states. "For example, the next generation of luxury sedans of the BMW 7 Series will be offered as a purely electric model variant. Also the high-volume series BMW 5 and BMW X1 will be brought to market not only with conventional internal combustion engines and plug-in hybrid systems, but also with all-electric drive units."

This is a significant move and one that is necessitated perhaps by the demand for EVs in markets such as China and the US. Several car makers are now racing to catch up with Tesla, the undisputed EV giant which enjoys a massive following and has sales figures to justify it with.

Direct rivals of BMW, like Mercedes and Audi, are also expanding their respective EV portfolios and have time and again emphasized that 'future is electric' is without much doub