The Citroen C5 Aircross SUV has undergone design changes besides some technical updates. The SUV has been introduced in Brazil. However, there is no word if the French carmaker is going to launch this version in India any time soon.
By : HT Auto Desk
| Updated on: 12 Jan 2022, 10:40 AM 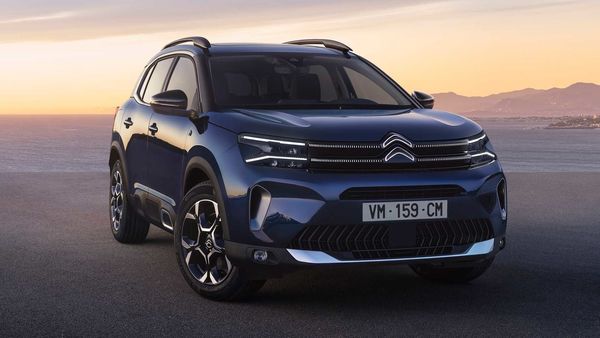 Citroen has taken the covers off the 2022 C5 Aircross SUV facelift version. The new C5 Aircross comes with updated design which include new set of headlights and a new infotainment system inside the cabin.

The facelift version of the C5 Aircross remains largely similar to the previous generation, barring some cosmetic changes. The most significant being the set of LED headlights which are now connected by a streak of LED lights across the bonnet. The SUV also gets a redesigned bumper along with air intakes placed slightly lower than before. At the rear, the taillights are also redesigned which now come with new LED graphics. The SUV now sits on new set of alloy wheels measuring 18 inches.

Step inside, and the changes are less subtle. The dashboard layout has changed now with a new touchscreen infotainment system. The infotainment screen is now 10 inches and comes with updated multimedia functions. The vents for climate control have been repositioned to accommodate the screen, separate control for the AC and the gear selector which is now smaller than before. 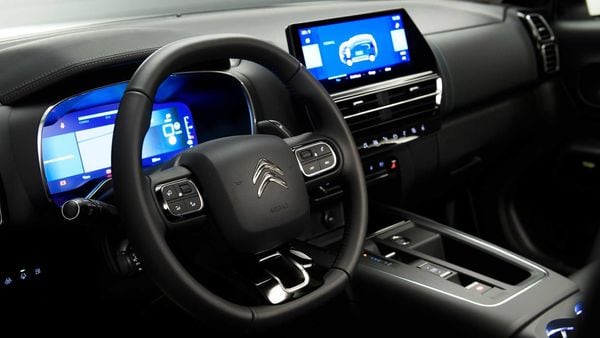 The dashboard layout of the C5 Aircross facelift SUV has changed now with a new touchscreen infotainment system.

The front seats of the C5 Aircross facelift SUV are now now ventilated with both heating and massage functionalities. It comes with special density foam and an armchair look with electrical adjustments. There is an additional USB port as well along with additional storage.

The SUV now has a plug-in hybrid version with 225 horsepower, which can run up to 55 km without using fuel. It uses the improved THP engine, called Puretech 1.6 Turbo, which has 180 horsepower. The SUV gets a new driving mode selector to choose between Hybrid, Electric and Sport.