Ola claims that its e-scooter is the most pre-booked scooter in the world.Ola electric scooter will go on sale in India on August 15.Ola e-scooter is likely to feature a 3.4kWh battery capacity which will make it eligible for the FAME-II subsidy.
By : HT Auto Desk
| Updated on: 13 Aug 2021, 12:54 PM 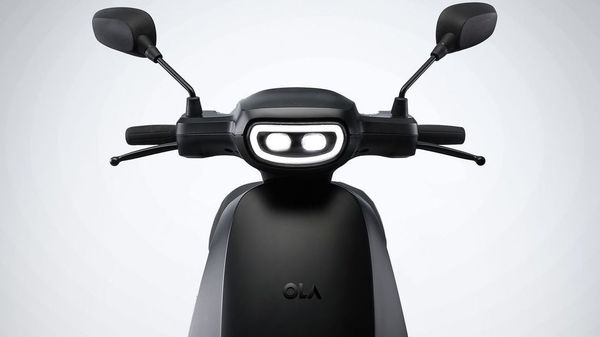 Ola's new e-scooter will be launched on August 15th.

Ola Electric is gearing up for the launch of its first-ever battery-powered offering that goes on sale in the Indian market on August 15th at 2 PM. The launch is slated to take place digitally in an online event.

The company has also announced pre-bookings of the scooter that is currently open at a token amount of ₹499. The cab aggregator turned EV maker has also claimed that its e-scooter is the most pre-booked scooter in the world. Ola has previously made an announcement upon receiving over 1 lakh bookings in just 24 hours of bookings commencement.

(Also Read: Ola receives bookings from over 1000 cities for its electric scooter)

While Ola has already indicated some key features and specifications of its electric offering including the tentative full charge range that is said to be somewhere around 150 km (yet to be officially confirmed), class-leading under-seat storage of 50-litres, colour options details, and dimensions. The scooter will span 1,860 mm in length, 700 mm in width and 1,155 mm in terms of overall height. Its wheelbase will extend 1,345 mm and it will weigh just 74 kg.

(Also Read: Ola Electric scooter to be launched on August 15. Check out all details here)

The specific variant level details and trim distinction is yet to be officially announced, but the scooter is expected to be launched three variant levels and one of them is said to be Ola S1 Pro.

The scooter is likely to feature a 3.4kWh battery capacity which will make it eligible for the FAME-II subsidy. The official performance specs are also yet to be revealed, but if rumours are to be believed, the scooter will be capable of doing 0 to 45 kmph run in 4.5 seconds will have a top speed of 100 kmph.

The pricing of the scooter will be announced on August 15th. It is likely to be priced somewhere in the range of ₹1.20 lakh to ₹1.30 lakh (ex-showroom).