Pan America is an adventure-tourers that is claimed to be the most advanced Harley-Davidson ever. A competitive price tag further adds to Pan America's list of credentials and is what is contributing to its success.
By : HT Auto Desk
| Updated on: 06 Jul 2021, 11:59 AM 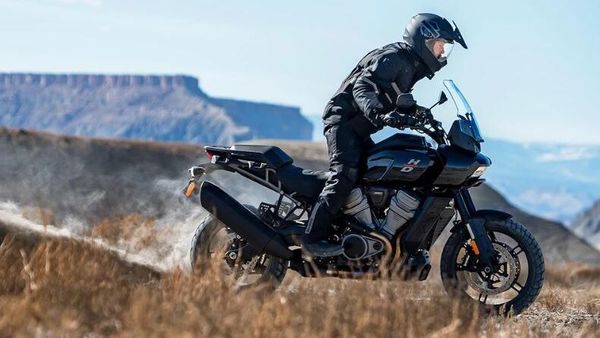 Harley-Davidson may have struggled with global sales in the recent past but a turnaround may be looming. If the reception for the Harley-Davidson Pan America in the US is any sign to go by, the makers of iconic motorcycles may well have struck gold and is likely to shine bright yet again. The Pan America 1250 adventure motorcycle was launched in India earlier this year.

The Harley-Davidson Pan America, in the US, starts at $17,000 (approximately ₹12 lakh). It is also competitively priced when seen against some of its direct rivals. US media reports highlight that while deliveries in the country began in the starting days of May, the latest Harley bike has seen waitlist grow in many states. It is further reported that some of the dealerships here are now taking deposits.

There are two variants of the Harley motorcycle in the market - Pan America 1250 Standard and Pan America 1250 Special. While both get the same 1,252 cc, Revolution Max 1250 liquid-cooled, v-twin engine which produces 150 Ps and peak torque of 127 Nm, there are notable differences like the upper variant getting a unique Adaptive Ride Height (ARH) feature, semi-active suspension along with vehicle load control, heated hand grips, steering damper, adjustable rear brake pedal, tyre pressure monitoring system,. Transmission duties are handled by a six-speed unit in both.

There are five riding modes to choose from in the standard variant - Road, Sport, Rain, Off-Road, Off-Road Plus and a custom mode. The Special variant gets two more modes that can be customized.

Harley fans around the world have mostly been praising Pan America and those in India, including the ones previously disgruntled by the company's decision to exit the country, may look forward to the motorcycle making its way here.