The more powerful - and the significantly more expensive - Skoda Slavia is also far more engaging to drive and has dollops of power to please enthusiasts, than the Slavia with the 1.0-litre engine.
By : Shubhodeep Chakravarty
| Updated on: 03 Mar 2022, 11:38 AM

The 1.5-litre TSI engine is only available on the top variant of the Skoda Slavia.

Skoda Slavia has been launched in the market at a starting price of ₹10.69 lakh (ex showroom) but before you jump the gun, that's for the variant with the 1.0-litre TSI engine. And while this engine is peppy in its own right, there is a thunder twin with a bigger heart that promises to blow rivals away. Sure it is quite pricey - the MT is at ₹16.19 lakh and DSG is at ₹17.79 lakh (ex showroom), but with 150 hp and 250 Nm of torque, the more powerful Slavia is making a strong claim to take the fight beyond the realms of its segment and beyond the scope of its direct rivals. 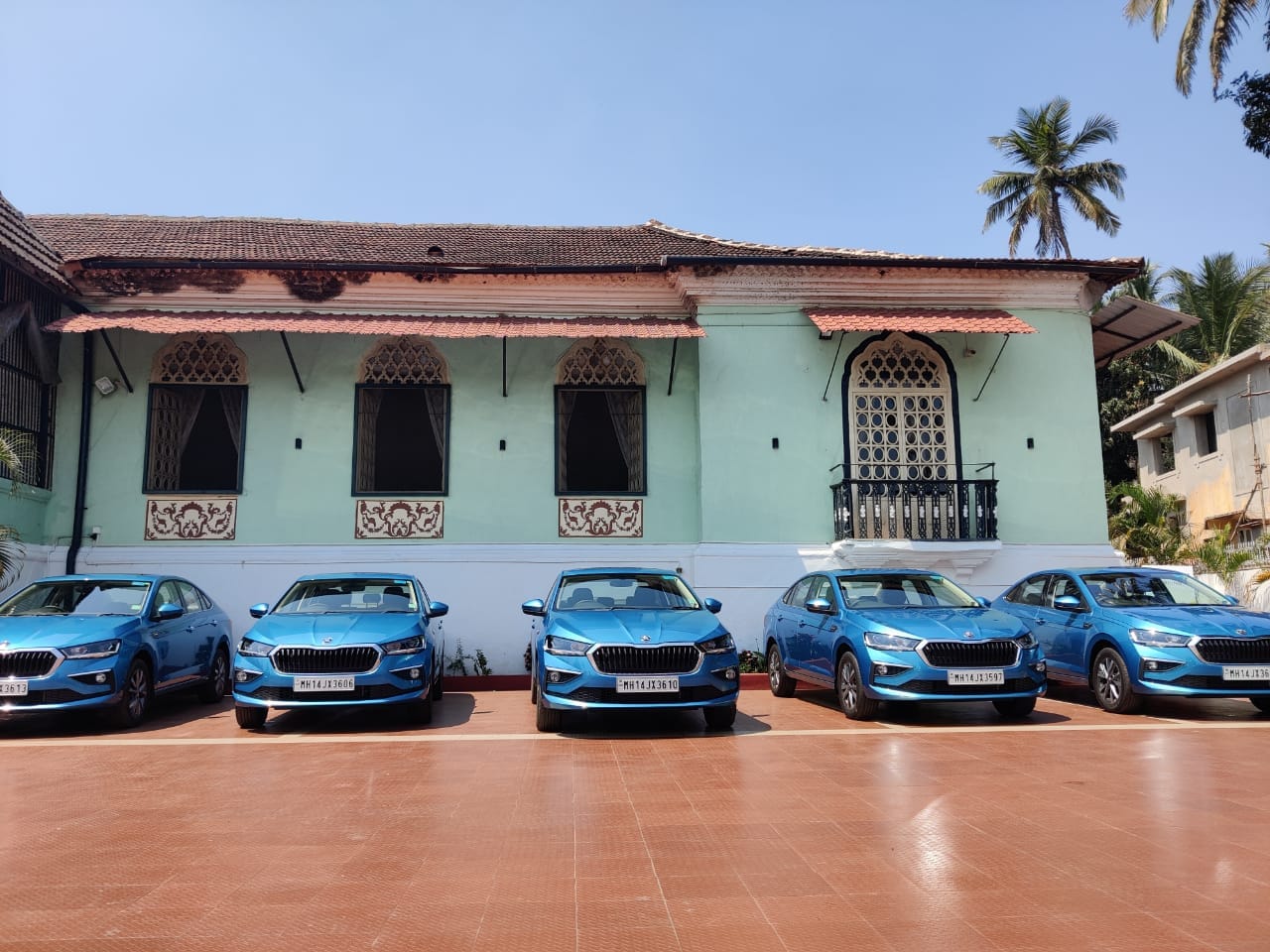 In terms of visuals and cabin features, there is no difference between the 1.0-litre and the 1.5-litre models of Skoda Slavia.

For Skoda, the Slavia in itself is a brave move considering the current state of decline that the mid-size sedan has been in. But to offer a costly Slavia with the promise of a capable 1.5-litre TSI engine is outright brazen and all marks for the right intent. Aimed directly at anyone who has ever complained of mid-size sedans not being exciting enough to drive, the ‘elder’ Slavia's specs are camouflaged behind its pleasing European visual aesthetics to claim a spirited performance. How spirited? Read on:

As mentioned, Slavia is offered with two engine options. The 1.0-litre unit, paired with either a manual transmission or an AT, is quite sprightly and is likely to more than impress many. (Check full drive review)

As is evident from the review above, I did exit the Red Slavia 1.0-litre TSI model fairly impressed but the rollercoaster ride in Blue just a few short steps away beckoned. 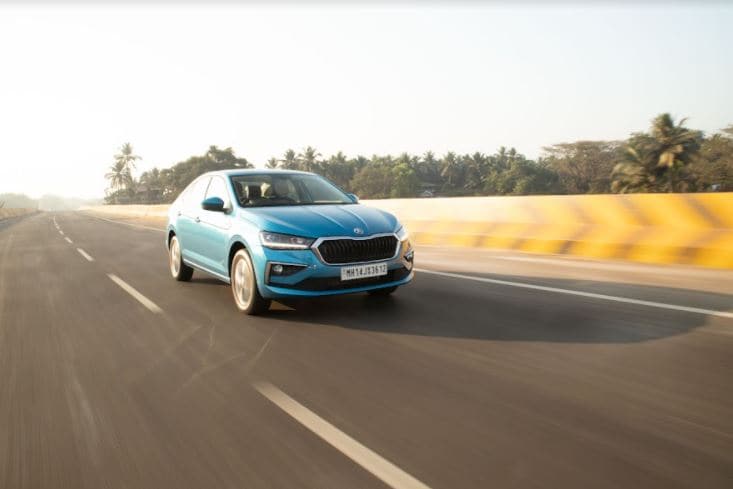 Skoda claims the more powerful Slavia hits 100 kmph from zero in under 10 seconds which makes it the quicket mid-size sedan in India at present.

In terms of its exterior styling and cabin layout, there is nothing at all to differentiate the two. It is what's under the hood that seeks to justify the significantly higher price point.

Get the 1.5-litre motor going and the Slavia takes on a far more sporty air around it than its looks would suggest. And while there is the option of the manual transmission, why would you skip the much-acclaimed DSG?

The engine and that 7-speed twin clutch automatic DSG unit work in tandem to lend the Slavia a very, very eager character while still being solidly planted. Push the throttle and the effortless switch in gear numbers is brilliantly complimented by the motor with the sedan rushing towards three-digit mark near effortlessly. Such is the drive trait that I would (figuratively) lunge my neck out to underline that this is by far the most eager and most responsive mid-size sedan available. 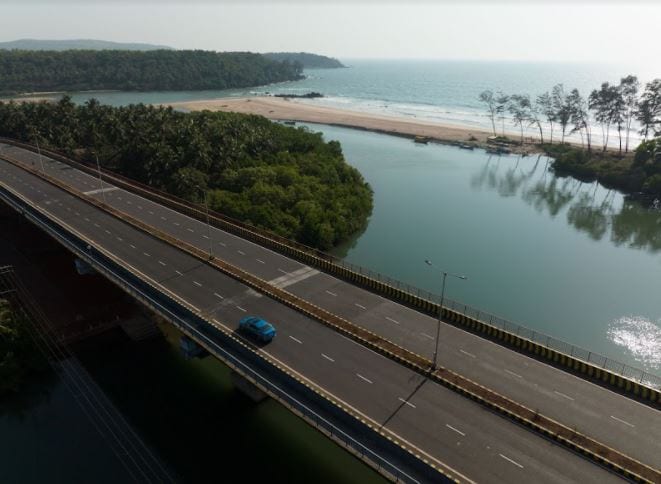 Give this Skoda an open road and it will drive itself to eternity, and with consistent enthusiasm.

The steering set up continues to be nicely weighted and is something enthusiasts would appreciate if and when throwing the Slavia around. Cornering is also on point with only a minor bit of body roll.

On the flip side though, this particular Slavia set up has a bit extra grunt than I would have liked when it is being pushed to its limits. The otherwise refined motor under the hood can be heard in the cabin in case of sudden thrusts on the throttle. But rest assured, it will easily execute the overtaking move that you may be considering.

But slow things down a bit and the Slavia's 1.5-litre engine may outright blame you for being a party pooper. At lower speeds and in the lower gear ratios, the sedan just about ambles along thanks to the DSG unit - nothing much exciting to report. This is perhaps also when one would choose to engage the paddle shifters for a bit more control. 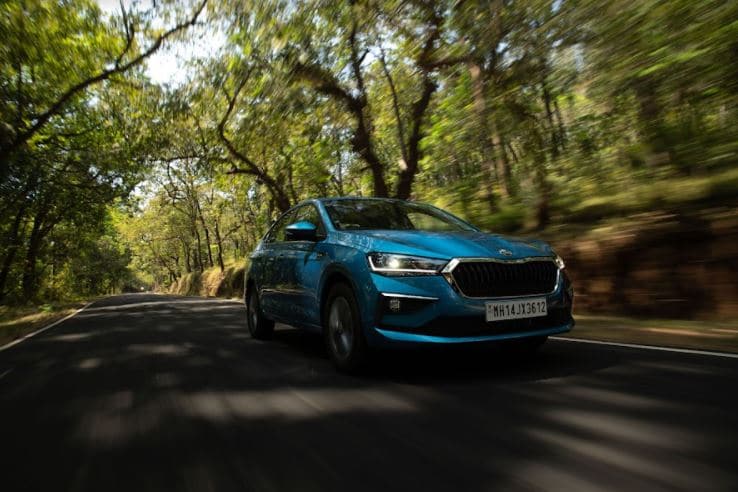 NVH levels are controlled well even when pushing the Slavia around, apart from a bit of grunt from the motor.

Overall, the top-of-the-line 1.5-litre motor with the DSG is super impressive and while I didn't get the chance to drive the one with the manual transmission, I am mighty confident that it too would fit right into the preference list of enthusiasts.

Would you pay the extra amount for this engine? That, however, is the biggest question of them all, especially because - at the risk of repetition - the 1.0-TSI is quite fun too.

Okay so Skoda, you have me seriously impressed with this particular option. And I usually don't admit this outright in reviews. But considering the price points, there ought to have been something extra in terms of visuals or cabin features. Agree the Slavia has very pleasing exterior looks and a loaded and spacious cabin. But just that couple of something extra, even if cosmetic to give some showing off opportunities to owners of the 1.5 when not on the move?

Also remember, the 1.5-litre motor and that DSG unit is only on the top variant, something an enthusiastic driver and a committed Skoda fan with a slightly smaller purse may not appreciate.

But when it comes to the sheer drive traits of this unit, along with the other highlights of the Slavia, this sedan is a compelling rockstar indeed.

Ather electric scooters are now available in this new city