Hundreds of extreme sports enthusiasts, along with the spectators, gather every Friday for such adventures.
By : AFP
| Updated on: 14 Nov 2020, 10:36 AM 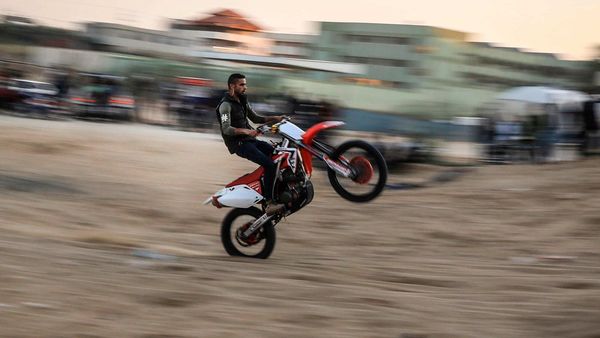 A young Palestinian rides his motorcycle on a sandy hill during a weekly show in the Al-Zahra area, near Gaza City.

Hundreds of Palestinian youths gather every Friday to watch dirt bikers and 4x4 motorists test their courage and driving skills up a steep sandy hill on the outskirts of Gaza City.

Kicking up bursts of sand against the rays of a setting sun, Sibaa Dormush, 37, clad in black jacket and blue jeans, revs up his white motocross bike and makes it triumphantly up to the top.

He acknowledges the acclaim of spectators before tearing back down the hill.

"Going up is really hard, you have to know how to move the bike so you don't get stuck" in the dirt, he says.

Jeeps also hazard their way up, but often end up stuck half-way and have to reverse back down as onlookers scatter. 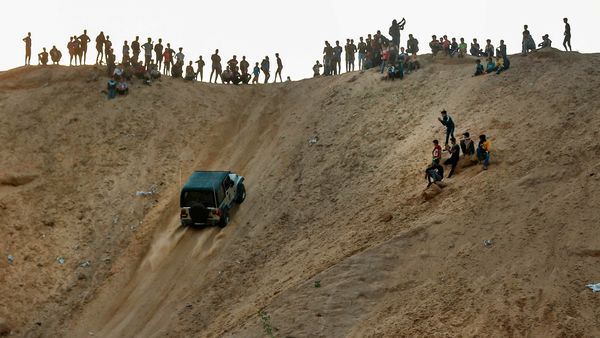 Spectators watch as a young Palestinian rides his jeep up a sandy hill during a weekly show in the Al-Zahra area near Gaza City. (AFP)

The extreme sports enthusiasts, along with the spectators, many of them smoking narguileh water pipes, had to pack up as the sun set to go home before Gaza's nighttime curfew imposed to curb the spread of Covid-19.

Infections have been spiking in the impoverished, densely-populated and Israeli-blockaded enclave on the Mediterranean where the pandemic has recorded more than 9,500 infections and cost 45 lives.