BMW has hired Hans Zimmer to create a series of sounds to give a distinct character to its electric fleet.
By : Sabyasachi Dasgupta
| Updated on: 20 Apr 2020, 14:08 PM 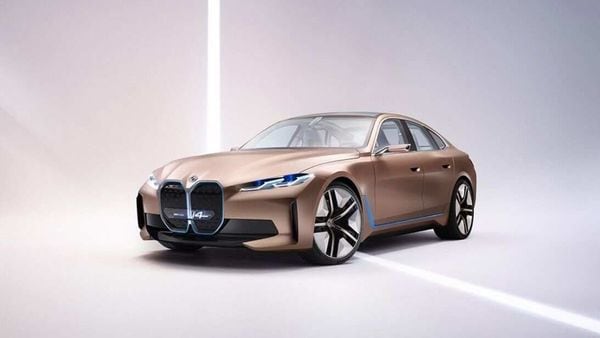 Zimmer is working on a series of car sounds that one will hear for the first time at the launch of the BMW i4 electric model in 2021.

German musician and composer Hans Florian Zimmer, known worldwide for creating the soundtracks for films like Inception and Interstellar, is collaborating with the BMW in developing a special sound for the brand's next electric model, the i4 sedan.

Zimmer is working on a series of car sounds that one will hear for the first time at the launch of the BMW i4 electric model in 2021. It is a series of mini soundtracks that could be heard from the car at low speeds, or in various moments, such as when stopping or when the car is connected to the loading gates.

These sounds will not only be used by BMW for the i4, but for the entire future range of electric cars.

Hans Zimmer recently posted on Twitter pictures from the studio, where he works to give audio personality to the future BMW electric model. The famous composer was enthusiastic because, he says, he now creates the sounds of the future.

Here is the sound of #THEConcepti4 and some footage of @BMWGroup sound designer @RenzoVitale and me composing it in the studio. #BMW #BMWi #ad pic.twitter.com/Z7h3Zjbm69

BMW came up with the idea to inject some sound to its electric cars because EVs are generally silent at low speeds. Electric vehicles are considered more dangerous for pedestrians, who do not hear them and can be a potential reason for accidents. A study conducted by the US National Highway Traffic Safety and Administration in 2011 claimed that electric vehicles are 37% more likely to cause low-speed accidents involving pedestrians and cyclists than regular vehicles with combustion engines.

As a result, a lot of carmakers in Europe are now fitting Acoustic Vehicle Alerting Systems (AVAS) in their electric and hybrid cars. These vehicles emit sound at low speed to alert pedestrians to avoid any mishap.

BMW decided to take it to a different level by hiring Hans Zimmer to create a series of sounds to give a distinct character to its electric fleet.

Zimmer is one of the most popular music composers for movie soundtracks. He has created dozens of successful soundtracks since the 1980s. The most popular ones include Lion King films, some Mission Impossible series productions, The Last Samurai, several Batman movies, but also Black Hawk. Down, King Arthur and, more recently, Interstellar.

It would be interesting to see what Tesla, Elon Musk's company, considered as a roadmap for electric cars, will do in this regard.