Tesla showroom inside defunct casino? Here's why it's a clever bet

Tesla's new outlet in the tribal area of Nambe Pueblo is just 30 minutes away from Santa Fe, the capital city of New Mexico in the US.The Tesla  facility is 90 minutes away from Albuquerque, largest city of the state.
By : HT Auto Desk
| Updated on: 14 Sep 2021, 09:19 AM 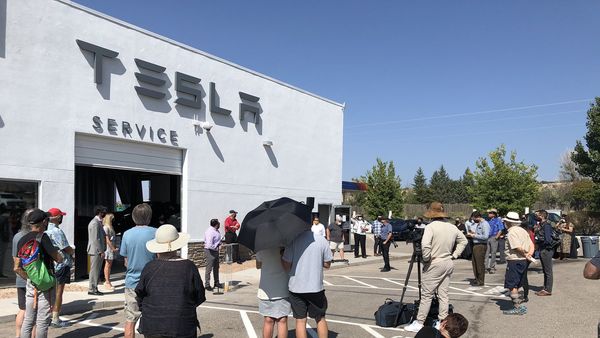 With various US states ruling to ban direct-sales showrooms for EV makers, Tesla has come up with a clever solution for New Mexico. In this state, Tesla has tied up with the first nation of Nambe Pueblo to establish a showroom and a service center inside a defunct casino on the tribal land, Carscoops reported.

Now since state laws do not apply to the tribal land of Nambe Pueblo, Tesla can easily escape the direct-sales ban rule and freely operate the facility. With this step, the EV maker has been able to expand its presence in the US state, and quite ingeniously.

Though it is a tribal location with approximately 1,700 residents, the service centre is located just 30 minutes away from Santa Fe, the capital city of New Mexico, and just 90 minutes away from Albuquerque, largest city in the state.

While this move could certainly benefit Tesla and help it cater to more people without the hassle of legal action, the initiative has also benefited the tribal area. Nambe Pueblo's Governor Phillip Perez said that this will create permanent jobs for the locals, the report quoted him as saying. Tesla is also working with the tribal community to provide education and training opportunities for the members, as well as economic development.

Nambe Pueblo's Democratic senator Martin Heinrich also welcomed the move, saying, “I hope that this is just the start of partnerships like this to bring economic opportunities to Tribal communities," the report quoted. “I can’t wait to see how Tesla and the Pueblo will build on this partnership in the months and years ahead to train workers and employees for good-paying, long-term careers right here in Nambé," Heinrich added.

(Also read | A laser beam can be your next windshield wiper, not metal and rubber. Know more)

Last year in December, Michigan's bill to ban Tesla and other EV makers to operate direct-sales showrooms in the US state has failed as lawmakers decried the bill as counter-productive to EV adoption.