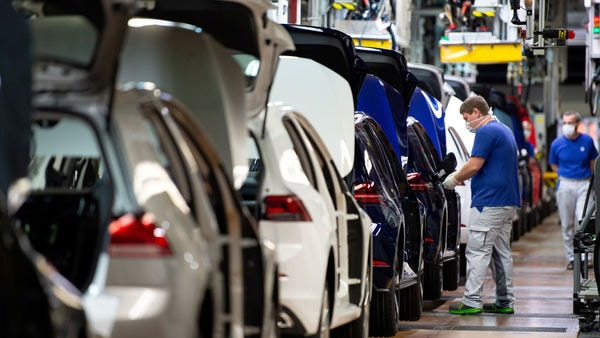 US retail sales of new vehicles are expected to fall in November despite strong demand as automakers grapple with chip shortages and supply chain constraints, consultants J.D. Power and LMC Automotive said on Wednesday.

Retail sales of new vehicles in the United States are seen dropping 12.6% to 933,700 units in November from a year earlier. The lack of vehicles in inventory this month is particularly significant as the typical Black Friday sales surge will be difficult to support, J.D. Power said in a statement.

Shortages of semiconductor chips that control everything from heated seats to infotainment systems have caused major automakers such as General Motors to cut production or, in some cases, build vehicles without certain features.

While the solutions are intended to minimize the disruption now or in the future, consumers will continue to find it difficult to purchase the exact vehicle they want for several months to come, LMC Automotive said.

Despite the lower retail volumes, higher prices mean that buyers are on track to spend $41.1 billion on new vehicles this month, a record high for November, said Thomas King, president of the data and analytics division at J.D. Power.

November's seasonally adjusted annualized rate for new vehicle sales will be 13.6 million, down 2.2 million units from 2020.