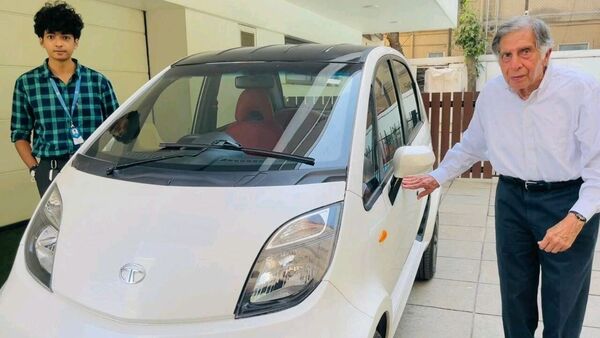 Chairman Emeritus of Tata Sons, Ratan Tata, recently took delivery of a custom-made Tata Nano electric vehicle that has been modified using an electric powertrain supplied by Electrodrive Powertrain Solutions Private Limited (Electra EV). The company posted a picture of Tata posing with the electric Nano on its LinkedIn page.

Tata Motors had ended the production of Nano compact car in 2018, the year when only one unit was assembled at the company's Sanand production plant. The company currently offers Nexon EV and Tigor EV as part of its electric vehicle fleet in India.

Jaguar Land Rover, the premium car brand owned by Tata Motors, also plans to launch at least six new electric Land Rover SUVs in the next five years. Jaguar has already announced that it aims to be an all-electric brand from 2025.