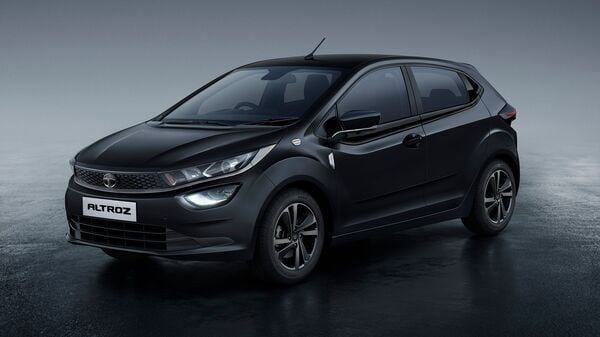 Tata Altroz, launched in the Indian car market in February of 2020, completed two years here with Tata Motors extending the ‘Dark Edition’ theme to two more variants of the hatchback. Launched as a premium hatchback offering in the market, Altroz has found favour among many buyers despite some very formidable rivals that it has had to compete against.

Bookings for Tata Altroz Dark Edition in the XT trim are now open at company dealerships with the price set at ₹7.96 lakh (ex showroom, Delhi). Additionally, the theme is now also made available in the XZ+ (diesel) trim.

The Altroz has been a good performer for Tata Motors with the company having sold 1.2 lakh units of the model since its debut here. “The Altroz has created its own mark in the premium hatchback market," said Rajan Amba, Vice President, Sales, Marketing and Customer Care, Tata Motors Passenger Vehicles. “With over 20% market share (YTD) in its segment, it has been very popular amongst customers. The addition of the Dark to its portfolio last year further enhanced its style quotient."

Overall, the Altroz is offered in six variants and with three engine options - 1.2L Revotron Petrol, 1.2L i-Turbo Petrol and 1.5L diesel engine options. It also made headlines when it secured a five-star rating in the Global NCAP crash tests.

Up against the likes of Maruti Suzuki Baleno and Hyundai i20, Altroz starts at around ₹5.90 lakh (ex showroom)