Mumbai Police Commissioner Sanjay Pandey said in the last couple of months there have been 4,214 cases of riding two-wheelers without helmets.
By : HT Auto Desk
| Updated on: 17 May 2022, 06:29 AM 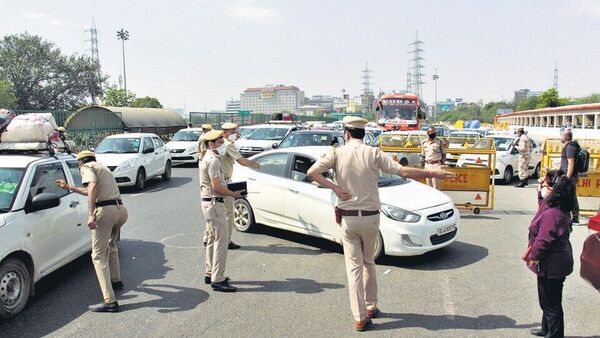 Mumbai police has registered about 12,390 cases for wrong-side driving in the last two months. The officials on Monday said they also removed 13,430 abandoned vehicles from the streets. Mumbai Police Commissioner Sanjay Pandey said in the last couple of months there have been 4,214 cases of riding two-wheelers without helmets.

Earlier this month, Mumbai Police reportedly urged carmakers of the country to bring down the decibel levels of horns fitted into vehicles, in compliance with the Supreme Court's direction on noise pollution. According to a PTI report, the police officials met with many members from several automotive companies and asked for their support to fight against noise pollution.

Many experts said that major noise pollution in Indian cities is due to vehicular noise and unnecessary honking within city limits. Rule 119 under the Centre Motor Vehicles Rules (CMVR) has a point to install horns inside the vehicles. The officials are mainly focusing on noise created due to multi-toned horns and those with shrill or harsh sounds. The Mumbai police is also focusing on keeping a check on honking at night. In January 2020, Mumbai police also started an initiative called Punishing Signals which reset the traffic signals to red if the decibel levels of honking at the junctions exceeded the permissible limit.

Apart from taking initiative against unnecessary honking and stressing on following traffic rules, Mumbai Police has also taken a few initiatives to reduce emissions from vehicles. Among these, it is the recently introduced Sunday Street weekends where the officials shut some distinct portions of roads to shut traffic in order to bring down emissions. This initiative is also an idea officer Pandey.