The US economy suffered its biggest blow since the Great Depression in the second quarter.The Commerce Department says factory orders rose 6.2%, boosted by a surge in demand for motor vehicles.
By :
| Updated on: 05 Aug 2020, 09:42 AM 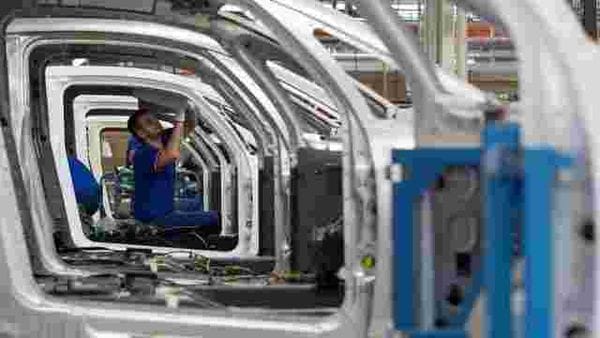 The Commerce Department said on Tuesday factory orders rose 6.2%, boosted by a surge in demand for motor vehicles, after rebounding 7.7% in May. Despite the second straight monthly gain, orders remained well below their February level.

Economists polled by Reuters had forecast that orders advanced 5.0% in June. Factory orders decreased 10.1% in the month from a year earlier.

Manufacturing, which accounts for 11% of US economic activity, is recovering as businesses replenish inventories. The Institute for Supply Management reported on Monday that its measure of national factory activity accelerated to its highest level in nearly 1-1/2-years in July.

Many manufacturers, however, said demand was weak or slow, and that they were laying off workers. A significant improvement in both demand and factory activity is unlikely because of sky-rocketing coronavirus cases, especially in the densely populated South and West regions where authorities in hard-hit areas are closing businesses again and pausing reopenings.

Timely data like weekly applications for unemployment benefits suggests that the economic recovery that started in May, with the reopening of businesses, was ebbing. Claims for jobless benefits have risen for two straight weeks. At least 30.2 million Americans were receiving unemployment checks in early July.

The economy suffered its biggest blow since the Great Depression in the second quarter, with gross domestic product shrinking at its steepest pace in at least 73 years.

Stocks on Wall Street were little changed. The dollar rose against a basket of currencies, while US Treasury prices were trading higher.

Unfilled orders at factories tumbled 1.4% in June after being unchanged in May. Inventories at factories increased 0.6%, while shipments of manufactured goods surged 9.8%.

Transportation equipment orders rose 20.2% after soaring 78.8% in the prior month. Orders for motor vehicles and parts accelerated 86.2%. Machinery orders increased 3.0%, and orders for electrical equipment, appliances and components rose 1.9%.

The government also reported that orders for non-defense capital goods excluding aircraft, which are seen as a measure of business spending plans on equipment, jumped 3.4% in June instead of increasing 3.3% as reported last month.

Shipments of core capital goods, which are used to calculate business equipment spending in the GDP report, increased 3.3% in June, instead of rising 3.4% as previously reported. Business spending on equipment contracted at its sharpest pace on record in the second quarter, mirroring the historic plunge in GDP.

Business spending on equipment has declined for five consecutive quarters. It was already being undermined by the Trump administration's trade war with China, before the Covid-19 pandemic upended the economy. The coronavirus has also crushed oil prices, leading to deep cuts in shale oil production.