MG had made its India debut in 2019 with the launch of Hector and launched ZS EV earlier this year.As part of its 'Phase 2' expansion, MG stated that it is introducing the electric car in six new cities.
By : HT Auto Desk
| Updated on: 01 Jun 2020, 12:23 PM 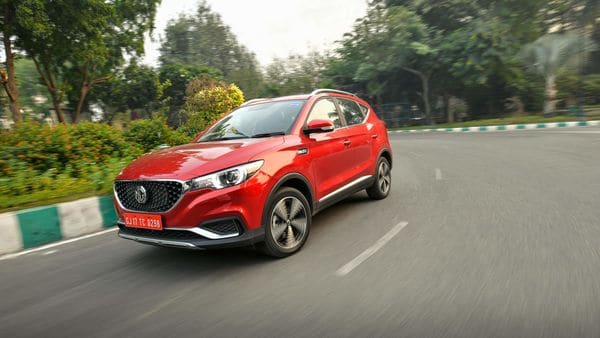 MG Motor India on Monday announced it had retailed 710 units in the month of May after resuming work at its Halol plant in Gujarat at 30% capacity utilisation.

Citing supply chain constraints, MG highlighted the challenges faced in the month. "Supply chain disruption coupled with stricter credit financing along with non-operation of some dealerships due to the lockdown have impacted our sales in May," said Rakesh Sidana, Director - Sales, MG Motor. "The production loss notwithstanding, our front-end retail operations continue to operate with less-than-normal staff strength. At these times, we remain connected with our customers waiting for delivery of the Hector and continue to prioritize deliveries with supply chain improvements in June."

Apart from Hector, the company introduced the ZS EV in India earlier this year. As part of its 'Phase 2' expansion, MG stated that it is introducing the electric car in six new cities - Pune, Surat, Cochin, Chandigarh, Jaipur, and Chennai -this month. This would take the presence of the car to 11 cities in the country.

MG had made its India debut in 2019 with the launch of Hector, a vehicle which enjoyed considerable success despite market challenges through the course of the entire year. Introducing an electric vehicle as its second offering was seen as a bold move by many while the company is gearing up to next bring in Hector Plus - the seven-seater version of its first model in India. At Auto Expo 2020, MG also made its intentions of taking on the luxury SUV segment amply clear and had displayed Gloster. The vehicle could see an India launch around the festive months.