In relief to Toyota Kirloskar Motor, employees' union calls off strike at plant

A large number of employees at the Toyota Kirloskar Motor facility had already resumed work voluntarily.
By : HT Auto Desk
| Updated on: 03 Mar 2021, 09:41 AM 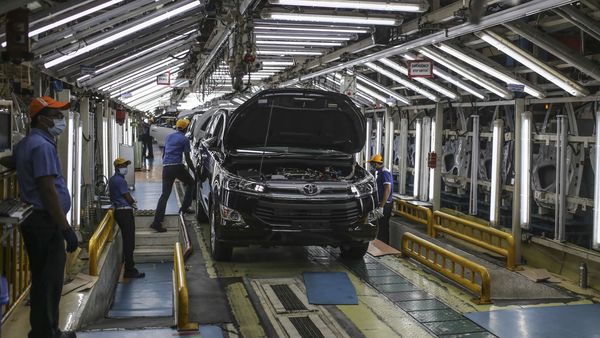 File photo of workers on an assembly line for Innova Crysta at Toyota's Bidadi plant in Karnataka.

Toyota Kirloskar Motor (TKM) has confirmed that the employee' union at its manufacturing facility in Karnataka's Bidadi has officially ended its labour strike. A large number of the 3,350 employees here had previously, and already, resumed work voluntarily.

Toyota Kirloskar Motor informed recently that the strike has been officially called off. "The labour strike that has been continuing has now officially come to an end today. TKM is very grateful to the government of Karnataka and the Department of Labour, who have played a crucial role in facilitating the reconciliation between all parties," an official statement read.

On March 1, Toyota Kirloskar Motor had accepted the undertaking given by union leaders on behalf of the members that was presented by them to the government.

A final appeal to all the other members to return to work by March 5 has been made, and also to ensure synergies based on mutual trust for the future and to respect the terms of their mutual understanding.