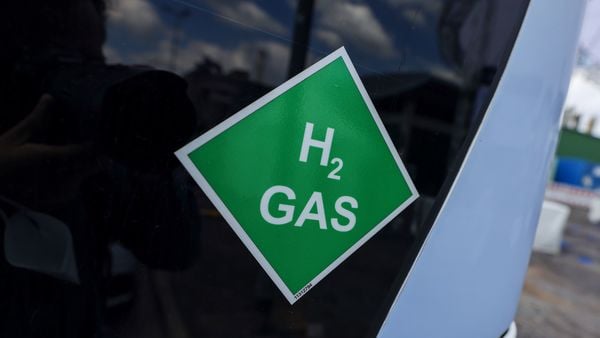 At a time when the country is grappling with rising petrol and diesel prices, which have hit an all-time high in the past few months, the Centre continues to push for alternative fuel to find solution to the crisis. Union Minister Nitin Gadkari, who has been one of the most vocal advocates for alternate fuel, has been found batting for hydrogen as an option to reduce dependency on petrol and diesel.

Nitin Gadkari was heard saying that the hydrogen-based fuel is a much better option than the conventional petrol, diesel as fuel for vehicles. Speaking at an event, Gadkari said, “We want to make a country which will not be dependent upon the import of petrol and diesel but will export fuel. Green hydrogen is better than petrol and diesel. The transport sector is witnessing a big change."

Gadkari added that by depending on costly fuel import India is ‘making countries richer which also finance terrorism’. He did not name any specific country though, but said that reducing import of petrol and diesel can solve a lot of problems being faced by the country.

Petrol and diesel prices today have remained unchanged for the second straight day after five consecutive hikes last week. The recent spate of hikes ended on Sunday, taking the fuel prices to new all-time high, something which has become a weekly feature.

While the push for electric vehicles continue in India with around 20 states coming up with individual EV policies, the Centre is still considering alternative to petrol and diesel. Recently, Union Minister Jitendra Singh echoed Gadkari by saying hydrogen can be a substitute for not only fossil fuel but electric powertrains as well.

India aims to see at least 4 out of 10 vehicles to be run on non-fossil fuel by the end of this decade. Besides CNG, vehicle owners in India do not have many choices to go green. While carmakers like Hyundai have hydrogen fuel-cell cars in their fleet, they have not been introduced in India so far. It remains to be seen if the government comes out with a policy, along with mandatory production of flex-fuel engines to use ethanol-based petrol, to reduce carbon emission.