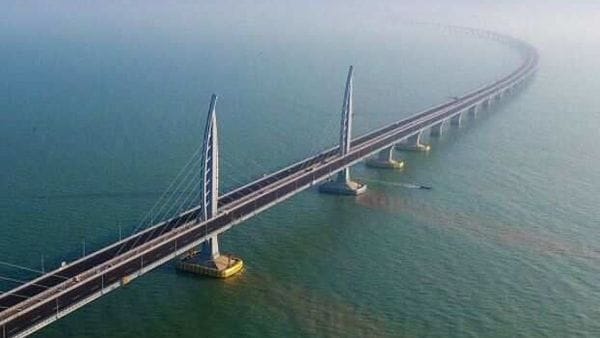 At 55 kilometers, the Hong Kong–Zhuhai–Macau Bridge is touted as the world's longest sea crossing as well as the longest open-sea fixed link. It connects Hong Kong, Macau and Zhuhai on the Pearl River delta and is estimated to have been built at a whopping cost of $18.8 billion. But the entire engineering marvel would mean very little if vehicles on it are not provided a safe passage. To ensure the safety of vehicles and of the bridge, therefore, cutting-edge technology is being deployed.

According to China's state-run Global Times, authorities will soon make use of low-latency 5G network along with satellite system to monitor the condition of the bridge at all times. Additionally, patrolling robots will also be deployed for monitoring duties on the bridge.

Opened in 2018, the bridge has become a crucial link between the three areas it connects and has brought road commuting time significantly. Concerns over its reliability, however, stemmed after China's first large suspension bridge in Guangdong was observed visibly shaking on a windy day recently. This prompted many to question if this bridge would collapse and about the safety of bridges built elsewhere as a result of ambitious engineering projects.