In a symposium, union minister Nitin Gadkari said that the government is committed to shifting public transport and logistics to 100 per cent green and clean sources of energy.Gadkari also mentioned that green hydrogen will help the country to reduce the carbon emissions.
By : HT Auto Desk
| Updated on: 02 Oct 2021, 07:00 PM 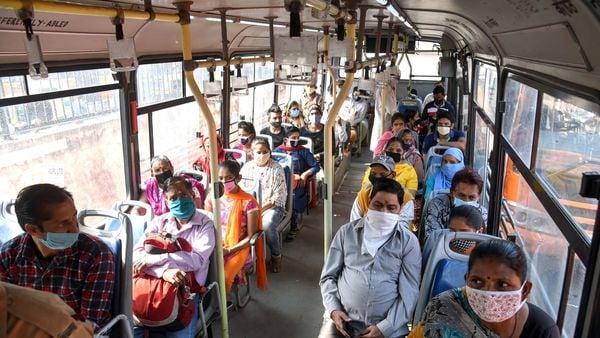 Union minister Nitin Gadkari said on Saturday that the government is committed to shifting public transport and logistics to 100 per cent green and clean sources of energy. While addressing a symposium on International Automotive Technology, he shared that the national hydrogen mission that has been launched by Prime Minister Narendra Modi will encourage the development of hydrogen technologies that will become an advantage for the mobility sector. He mentioned that this will make India a key producer and user of green hydrogen, said an ANI report.

Gadkari conveyed that since green hydrogen is termed as the fuel of the future, it will help the country to reduce the emission of greenhouse gases. The report also mentioned that the minister shared that this move will take India's automobile sector to new heights. He also added that the recently-launched Production Linked Incentive scheme that aims to boost 'advanced automotive technology products' in the Indian auto sector which in turn will help to lower fossil fuel emissions. He added that the government expects the scheme would lead to a fresh investment of more than ₹42,500 crore and the creation of additional 7.5 lakh jobs in the sector, stated the report.

The union minister for road transport and highways also stated that the need of the hour is the development of import substitute, pollution-free, cost-effective and indigenous mobility solutions for the country and also reduction of dependency on imported crude oil. “We are also planning to introduce flex-fuel vehicles which allow operation of the vehicles on 100 per cent ethanol and petrol," he was quoted saying in the report.