Union Minister Nitin Gadkari said that the national highways will soon have a number of EV charging stations and help in promoting electric vehicles across the country.
By : HT Auto Desk
| Written By : Sabyasachi Dasgupta
| Updated on: 01 Oct 2021, 06:42 PM 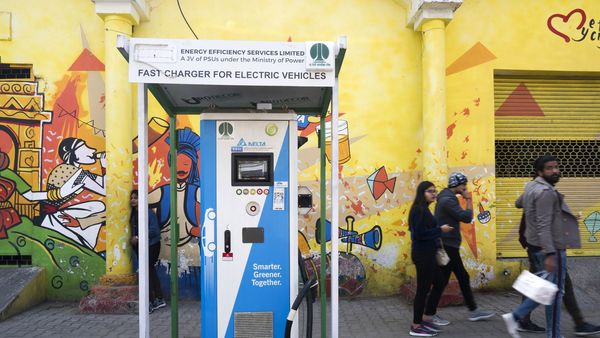 The National Highways Authority of India (NHAI) is working on increasing the EV infrastructure in the country. Union Minister Nitin Gadkari said that the central agency under the Ministry of Road Transport and Highways (MoRTH) is developing electric vehicle charging network along the national highways.

EV chargers along the national highway network is aimed to promote clean mobility as well as encourage more people to make the switch from ICE vehicles to battery-powered ones. "NHAI is also developing electric vehicle charging infrastructure along the highways to promote the use of electric vehicles," said Gadkari, during his address at a virtual event today.

Nitin Gadkari, who has been quite vocal about the need to shift to electric vehicles, expressed his satisfaction as more and more global carmakers are entering the Indian markets. Tesla, one of the pioneers in the electric vehicle segment, is set to launch its first set of cars in India soon.

"I am happy to note that several global brands are entering India, as well as several local entrepreneurs are setting up large facilities to mass-produce electric vehicles," Gadkari said.

The Union Minister also said that India's auto sector is currently facing a lot of challenges due to impact of the Covid-19 pandemic. The auto sector in India contributes a little over seven per cent to the overall GDP of the country. It also has 49 per cent contribution in the manufacturing GDP, with an annual turnover of ₹7.5 lakh crore and export of ₹3.5 lakh crore.

Gadkari has been trying to promote electric vehicles not only to reduce pollution, but also find affordable means to run cars at a time when fuel prices are soaring. According to the Union Minister, electric vehicles are one way of doing it.

Gadkari also said that there is a massive response towards electric scooters from new start-ups. Last month, Ola Electric said it sold electric scooters worth more than ₹1100 crore in just two days after it launched the S1 and S1 Pro models on August 15.