Union Minister has said that electric vehicle manufacturers should give sizeable discount for buyers who have scrapped their old cars that ran on fossil fuel like petrol or diesel.
By : HT Auto Desk
| Updated on: 01 Sep 2021, 09:29 AM 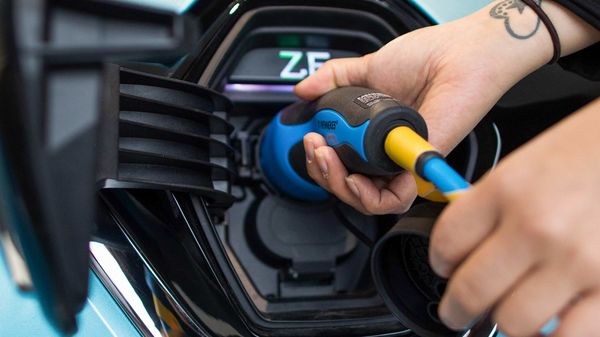 Amid debate whether Centre should accept Tesla's demand to bring down import duties on electric vehicles to make them more affordable, Union Minister Nitin Gadkari has passed the buck on to the EV makers to ensure buyers get ‘significant discount’ while making the switch from ICE vehicles to electric cars.

Nitin Gadkari, Minister for Road Transport and Highways, has said, "EV manufacturers should offer significant discount to EV buyers who scrapped their old IC engine cars." According to the minister, indigenous low-cost battery technology, localisation of EV components and huge domestic demand would make EV one of the most affordable means of transport in coming years.

Recently, Tesla CEO Elon Musk had said that in India 'import duties are the highest in the world by far of any large country!' He had also hoped for a 'temporary tariff relief for electric vehicles' before Tesla decides to bring in its cars to India.

Tesla has recently received approval to make or import four models, which have been certified as matching the safety and emission requirements of the Indian market, as per a report referring to a post on the Ministry of Road Transport and Highways site.

Tesla's demand has sparked a debate among carmakers in the country. The opinions are divided, with Indian carmakers raising objection to the idea of separate treatment for foreign OEMs. Tata Motors had asked for equal treatment for Indian carmakers amid talks of reducing import duties. However, Tesla has found support from Hyundai, Mercedes-Benz and other OEMs on the matter. Ola Electric, which has launched its first electric scooter in India, said emphasis should be more on promoting local manufacturing besides tax cuts.

Import duties in India range between 60 per cent to 100 per cent on cars brought from abroad. The import duty is at its highest for cars fully imported with CIF (Cost, Insurance and Freight) value over $40,000, while 60% duty is imposed on cars that cost less than the amount.

Gadkari's remark comes days after his ministry said the Centre will soon ask state governments to provide up to 25 per cent discount on road tax for vehicles that are purchased after scrapping old ones under the recently-launched National Automobile Scrappage Policy. He said, "The government intends to have EV sales penetration of 30 per cent for private cars, 70 per cent for commercial vehicles, 40 per cent for buses, and 80 per cent for two and three-wheelers by 2030."

Gadkari, while addressing a virtual event on Tuesday, added the government aims fully electric public transport soon, though he did not divulge any timeline on that.