Tesla's four models have been certified as matching the safety and emission requirements of the Indian market, as per a report referring to a post on the Ministry of Road Transport and Highways site.The EV maker initially plans to import vehicles into the country before looking at making them here.
By : HT Auto Desk
| Updated on: 31 Aug 2021, 01:31 PM 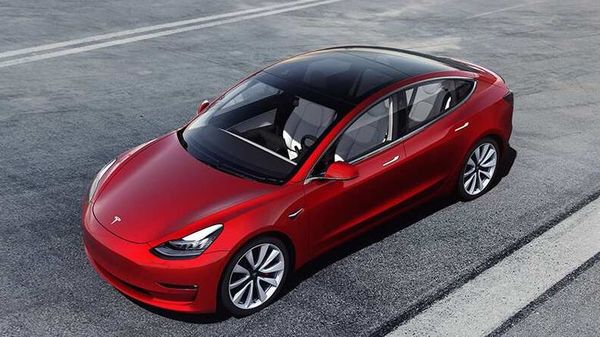 Tesla will reportedly first bring in Model 3 and Model Y variants to the Indian market.

EV giant Tesla's entry into the Indian car market has been long-awaited. The automaker has moved a step closer to making this possible as it has received an approval to make or import four of its models in the country. The four Tesla models have been certified as being roadworthy in India, Bloomberg reported, referring to a posting on Ministry of Road Transport and Highways' website.

As per the posting on the website, Tesla's four models match the safety and emission requirements of the Indian market. “The tests ensure the vehicles match the requirements of the Indian market in terms of emission and safety and road worthiness," the posting mentioned. These models are likely the variants of Model 3 and Model Y, as earlier reported by a Tesla fan club.

Tesla CEO Elon Musk had earlier hinted that a factory in India is “quite likely" if it can first assess the market by importing vehicles. The EV maker has also been pushing for a tax cut on imported EVs and had tweeted last month that import duties in the country are among the highest in the world. He wrote that the nation treats clean energy vehicles the same as gasoline, which is not consistent with its climate goals.

Earlier this month, it was reported by wire agencies that the Indian government has asked the EV maker to ramp up local procurement and share detailed manufacturing plans before its demand for tax reduction demand is considered.

The EV maker's tax cut demand has garnered mixed responses from various other OEMs operating in the country. While Volkswagen and Hyundai have backed Tesla's demand, Mahindra has called for a review of import tariffs along with lower domestic levies. Tata Motors had asked the Centre to treat all electric vehicle manufacturers equally and be consistent in its approach towards local manufacturing of EVs under the FAME II scheme.

However, the latest developments hint that the possibility of seeing a Tesla electric car on Indian roads is inching closer.