The coronavirus pandemic makes cars more appealing in New York City, which has the lowest car-ownership rate in America.
By : Bloomberg
| Updated on: 24 Jul 2020, 08:22 AM 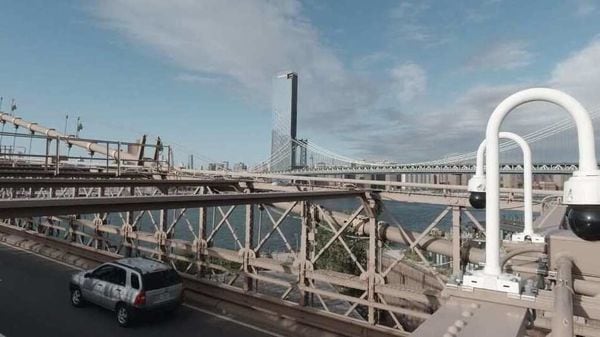 A view of NYC from the Brooklyn Bridge., (HT Auto photo)

Two electric-car makers are opening Manhattan showrooms, betting the coronavirus will help spark demand in the US city with the most car-free households.

Lucid Motors signed a 10-year lease for a showroom in the Meatpacking District, according to people familiar with the plans who asked not to be named talking about a private transaction. Polestar, a Volvo brand, is opening its first Manhattan pop-up, on Fifth Avenue and 59th Street near the Apple store, according to a spokesman for the firm. If all goes well, the company may stay there or find space elsewhere in Manhattan.

The coronavirus pandemic makes cars more appealing in New York City, which has the lowest car-ownership rate in America. Risks of infection are highest in closed, crowded spaces, such as airplanes, subways or buses. That leaves few options for travel inside or outside the city.

“There are a lot more people staying home this summer and taking vacations domestically and they need a vehicle to take them there," said Gregor Hembrough, head of Polestar North America. “Where they used to take the train or underground transit for an hour and half to get to their office, they may now be going less frequently and will be using a car to do so."

New York City had 0.63 cars per household in 2016, the lowest rate in the country, according to Governing, an online resource for city and state leaders. New York also has the highest rate of households without cars, thanks to an extensive public transport system.

After New Yorkers started sheltering at home to slow the virus’s spread, the subway, which had run 24 hours a day, started closing every night to disinfect it. Many still remain wary, and subway cars are frequently empty. Still, all things must eventually pass and the showrooms are also a bet on the long-term health of New York.

“Manhattan is one of the areas of the country that’s certain, there’s no doubt that the vibrancy of the city will continue indefinitely and there’s no concern with that area turning around," said Zak Edson, director of retail operations at Lucid. “It’s a good time to get in, and get a prime location."

Some New Yorkers also are relocating to nearby suburbs like Connecticut and New Jersey to ride out the pandemic.

The new leases come amid a widespread retail slump in New York City, as stores were forced to shutter for months to prevent the spread of the coronavirus. Retail hot spots like Fifth Avenue and Soho have seen asking rents plummet as tourism remains limited and many office workers stay home.