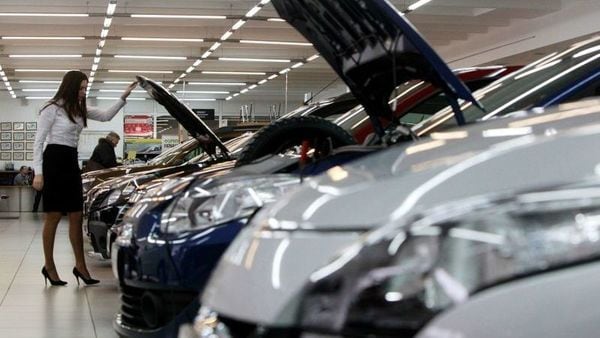 Society of Indian Automobile Manufacturers (SIAM) recently revealed that sales of passenger vehicles in the country had crashed by 41% in the month of September when compared to the same month of 2020. The biggest reason for the fall is the global shortage of semiconductor chip which has impacted OEMs across the world as well as the ones in India. With production cuts in September continuing into October, and with no respite in sight, the drive ahead is more than likely to stay in choppy waters.

While passenger vehicle sales fell to 160,070 units last month, sales of motorcycles and scooters fell to 1.5 million from 1.8 million in September of 2020.

Semiconductor chip is the brain inside modern-day vehicles but are also used extensively in consumer electronic items such as phones and laptops. A boost in demand for such items as the world emerges from the shadows of Covid-19 pandemic has played a big role in exacerbating the problem of supply to auto makers. In India, some of the biggest names are feeling the very real heat.

Maruti Suzuki, the country's largest auto maker, had announced production cuts in September and had blamed shortage of electronic components for it. The eventual two-fold dip in production saw 81,278 units being rolled out last month as against 1,66,086 units produced in September of 2020. "While on the one hand, we are seeing a revival in vehicle demand, on the other hand, shortage of semi-conductor chips is causing a major concern for the industry," said Kenichi Ayukawa, president of the SIAM. Ayukawa is also MD and CEO at Maruti Suzuki India Limited.

Mahindra and Mahindra has also seen production challenges and while demand remains robust, also thanks to newer products like Thar and XUV700, it is the supply side that may remain a concern.

The same challenges are for omnipresent for almost every other auto company, in India and elsewhere. The timing, however, could not have been any worse in India as the festive period usually sees a spurt in demand. But with delayed production cycles, it may eventually lead to cancelled orders or at least purchase plans being pushed to next year.

The way ahead remains littered with challenges as factory production cycles are being reworked and a cautious approach is being underlined as the best way.