Bugatti's C-line is the source of key inspiration behind the apparel and shoes collection created with UYN.The collection will be unveiled later this year.
By : HT Auto Desk
| Updated on: 29 Aug 2021, 01:36 PM 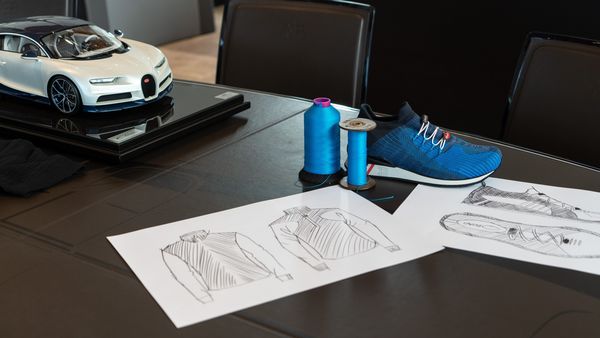 UYN for Bugatti collection has combinations of materials that gives breathability, drying speed, softness and elasticity to its users.

Bugatti and clothing brand UYN (Unleash Your Nature) have teamed up to create a collection of apparel and footwear. UYN is known for its development and production of high-tech sports apparel in the world. Called the ‘UYN for Bugatti’ collection, the lineup will initially include eleven pieces of clothing comprising jackets, mid-layers, polo shirts and technical shirts. It will also have two styles of shoes. The collection will be expanded in the coming months, informs the luxury carmaker.

The clothing brand has taken inspiration from Bugatti's C-line while designing its apparel. UYN, using its patented Ergomotion technology, has reinterpreted this feature from the Bugatti supercars in its jackets and shirts. The brand shares that the C-shaped shoulder design that follows the shoulder blade profile will give the user complete freedom in movement. The shoes that are produced from 3D-knit fabric has zero seams. UYN has also incorporated the C-line in the upper half of the shoe to create a powerful ventilation system.

President of Bugatti Stephan Winkelmann shares that this exclusive partnership with UYN is a delight. “The seamless integration of technology and luxury materials into the new clothing line is synonymous with how we craft our automotive icons," he adds. UYN CEO Marco Redini too conveys that collaborating with Bugatti is a matter of pride. “Bugatti is a universally recognized icon of excellence and quality, but what struck me particularly is the extraordinary combination of performance with comfort. Bugatti's hyper sports cars are not comparable to any other vehicle, not only in terms of speed and power but also for their truly astonishing driving comfort. This philosophy is the same that underlies every UYN product," he shares.

‘UYN for Bugatti’ will come in black, white and the popular Bugatti Blue colours and will be officially unveiled later this year. The products will be available online and in selected stores.