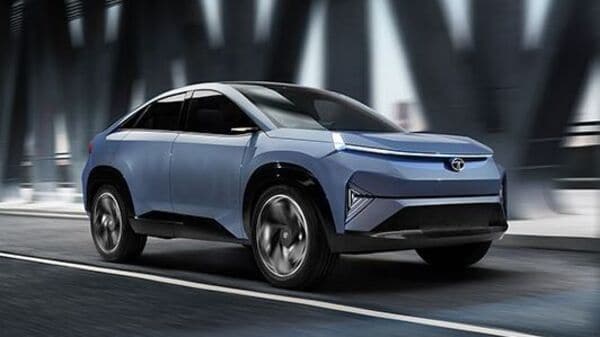 The Tata Curvv production model is likely two years away from now.

Tata Motors has unveiled its new electric vehicle in concept form, christened as Tata Curvv. The homegrown auto company has already grabbed the pole position in the Indian SUV space with its range of SUVs of different sizes. The company aims to further strengthen its grip in the segment with more innovative products. As a result of that strategy, the Tata Curvv concept is here.

Tata Curvv SUV is confirmed to come with an electric first approach and subsequently, iCE variants will follow. In that case, Tata Motors will be the first brand in India to launch an SUV with anelectric variant first. Also, Tata Curvv will be the first car in India to come with an electric variant first, followed by internal combustion engine-powered variants.

Tata Motors has improved its car designs significantly in the last few years through its Impact styling philosophy. The tata Curvv comes as the brand's first-ever coupe SUV concept. Previously, Mahindra showcased its XUV Aero concept at the 2016 Delhi Auto Expo, which is yet to materialize.

Tata Curvv concept appears with a unique design that catches attention at the very first glance. The SUV concept looks inspired by Tata Punch sub-compact SUV from the front, while the rear of the car appears to have drawn influence from the Tigor sedan. The sleek delta-shaped LED lamps, wide LED strip, crafted front fascia, sporty alloy wheels, sleek LED taillights, and suave sloping coupe roofline are some of the design elements on the exterior that enhances its visual appeal.

The cabin of Tata Curvv SUV concept comes as a compact but spacious one, claims the automaker. It gets a dual floating island digital display at the dashboard with one acting as a touchscreen infotainment system and another as an instrument cluster. The concept ditches conventional knobs and dials and shifts to touch panels. Seats and upholsteries are claimed to focus on sportiness.