Volkswagen ID.4 electric SUV to be launched on Sept 23, will miss India for now 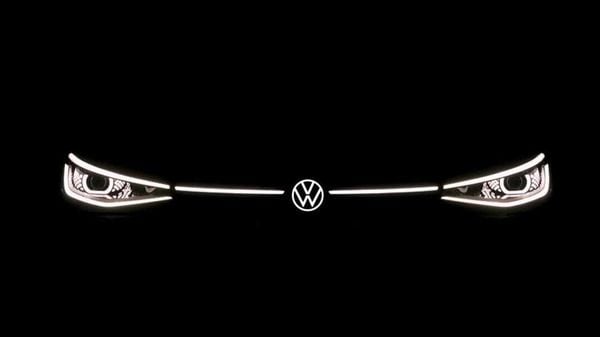 Volkswagen to launch the ID.4 electric SUV on September 23.

Volkswagen is all set to globally launch the ID.4 electric SUV, the first electric compact SUV from the German car giant. The carmaker has announced that the global launch will take place on September 23 through digital platform.

The ID.4 electric SUV will have a range of up to 500 kilometres. The Volkswagen ID.4 is the second model of the ID family and, like the ID.3, will use the German group's modular platform for electric vehicles MEB.

The carmaker has already shared several teaser images and given an idea how the ID.4 electric SUV is designed. The exterior profile of the ID.4 is of a typical crossover. The front fascia carries a very bolder appeal with a sleek chunk sitting at the place of a traditional grille which is flanked by stretched out LED projector headlamps. From some angles, this design might remind you of the Kia Seltos due to its sleek DRLs extending over at its snout.

Design elements such as curvy beltline, sloping roofline and flared wheel arches come together to give it a very intimidating look and add to the sporty stance of the urban crossover.

Recently the carmaker also shared a glimpse of what the interiors of the ID.4 electric will look like, just days before the official launch of its first fully electric SUV. The carmaker said that the interior of the ID.4 has ‘ample space, purist design, high-effect lighting and sustainable upholstery materials. The ID.4’s interior is a modern feel-good lounge that opens up the new character of Volkswagen brand’s first fully electric SUV to all the senses.’

The dash panel seems to be floating, as it is not linked to the centre console, which has been designed as an independent component. A large, tilting panoramic sunroof made of glass (optional) grants an unrestricted view of the sky.

It has been a long wait since Volkswagen had announced the arrival of the ID.4 electric SUV. However, the carmaker is not going to launch the SUV in India. The German auto giant has said it has no plans to bring its MEB platform, the backbone of its global electric vehicle (EV) offensive, to India in the near future as the market is not yet mature and the EV infrastructure is not developed.

VW Brand CEO Ralf Brandstatter was quoted by PTI saying, "We are observing all countries if they are mature for electro-mobility. At the moment, we do not see this market is mature." These markets need to develop their infrastructure, Brandstatter said adding that in markets like India, e-mobility is still expensive.