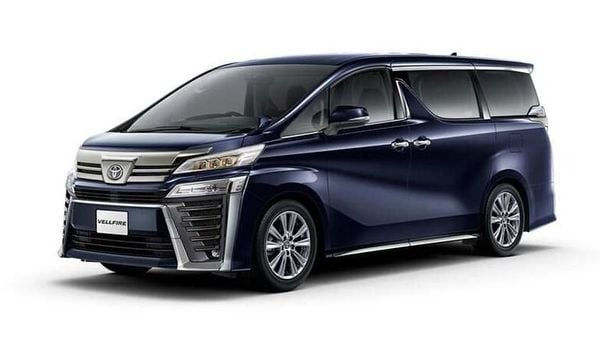 Toyota has revealed a special edition of the Vellfire luxury MPV dubbed Golden Eyes for the Japanese market. This special edition gets numerous cosmetic updates, while mechanical tweaks remain nil.

For starters, the Vellfire Golden Eyes gets a jet-black finish on the front main grille, front bumper inserts as well as tailgate. All the chrome treatment previously seen around the glass-house and door handles, save for the strip on the side-skirt, has been carried over from the regular model. The most prominent update on this special edition model is seen in terms of its golden colour headlamp inserts and this is where it gets its name from.

Inside too, the 'Golden Eyes' get special treatment in the form of the new seat upholstery which features part synthetic leather and part synthetic suede. Moreover, it gets a leather-wrapped steering wheel with wood inserts, also black roof-liner is included among the updates. Moreover, even the car key has golden accents.

Since the special edition model is based on the Z-grade of the Vellfire, it comes with cabin features such as premium JBL sound system, the 10-inch touchscreen infotainment system with Android Auto and Apple CarPlay support, mood lighting and more. It is available in both 7- and 8-seater configurations.

The updates are just limited to cosmetic, while the mechanicals remain unchanged. The Japan-spec Vellfire sources power from two engine options - a 2.5-litre petrol and a 2.5-litre petrol hybrid powertrain. For the record, a version of the latter option is available in India.

In the Japanese market, the Vellfire is offered in either front-wheel-drive (FWD) or all-wheel-drive (AWD) layout.

There is no confirmation if the Indian market will get the Vellfire Golden Eyes edition, the chances are very unlikely though.